LAS VEGAS - Two people were arrested following an hours-long pursuit through the California desert, according to the Nye County Sheriff's Office.

Nye County deputies put up a roadblock at the Nevada state line and brought in a SWAT team. 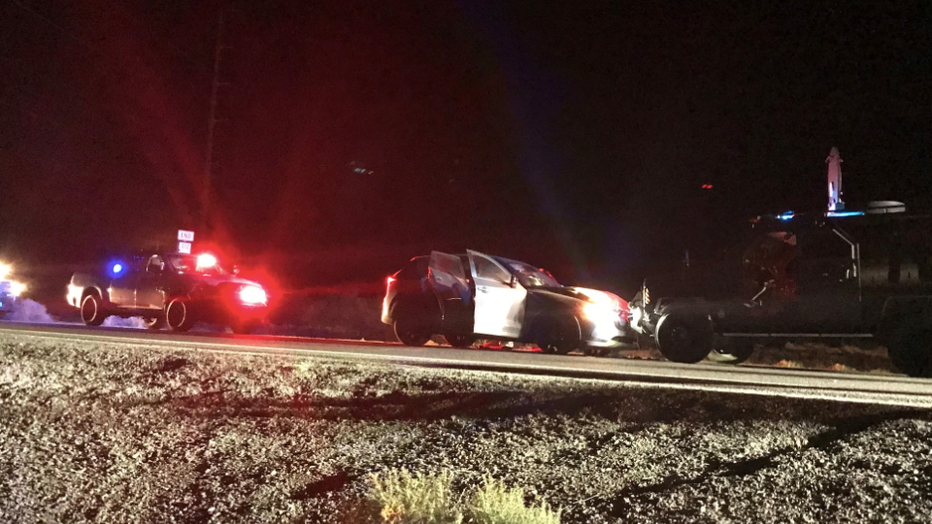 Authorities say there was a shooting and two suspects were injured. They were taken to a hospital and are expected to recover.

No law enforcement officers were injured.

The identities of the suspect were not released.