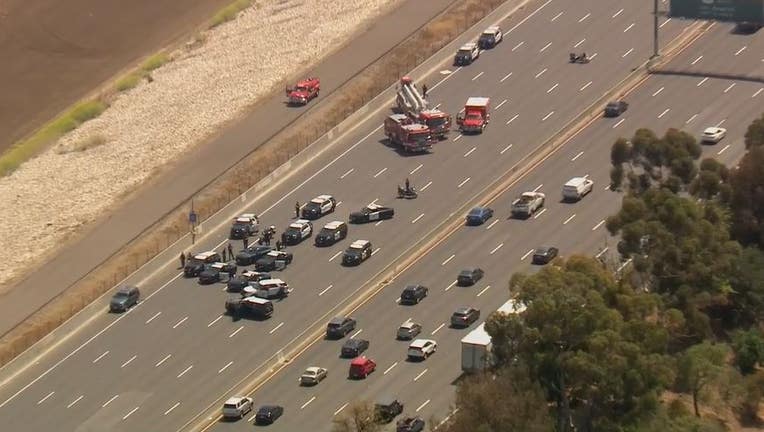 LOS ANGELES - A man is in custody after being in a standoff with California Highway Patrol officers on the 101 freeway in Encino.

The standoff caused major traffic, as all westbound lanes near Haskell Ave. were closed for an hour.

The driver was pulled over and refused to exit his car. A K9 unit was on scene. CHP officers tried to lure the man out of his car, but when that failed, they broke out his windows, according to CHP Officer Peter Nicholson.

One officer opened the passenger side door and dragged the man out of the car. Even while being pulled out, he resisted. Officers then tackled and handcuffed him, ending the nearly two-hour ordeal.

Traffic was backed up for miles in both directions. CHP is attempting to reopen lanes at 11:30 a.m.