Riverside was one of the latest counties in Southern California to enter the red tier this week, allowing more businesses to reopen.

LOS ANGELES - On Tuesday, Riverside and Ventura counties became the latest Southern California counties to move from the most restrictive "purple tier" into the "red tier," which allows more businesses to reopen with modifications, Gov. Gavin Newsom announced.

Orange and San Bernardino counties were given the green light to reopen businesses such as gyms, amusement parks, stadiums, hair and nail salons on Sunday, while Los Angeles County reopened those businesses on Monday, following an announcement by California health officials last Friday.

As of Tuesday, 11 of California’s counties remain under the most restrictive tier, including Kern, San Joaquin and Fresno. 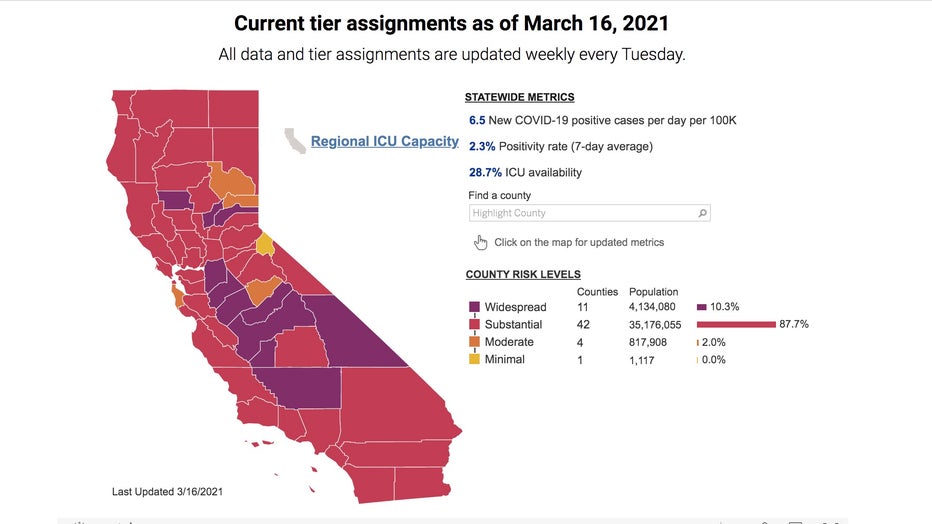 The "red tier," allows for some businesses that officials consider "non-essential" to operate indoors with modifications, including limited capacity.

Businesses that can reopen indoors under limited capacity include:

Late last week, the state announced that counties that fell into the red tier could reopen amusement parks, which have been closed for nearly one year.

On Tuesday, Disney's CEO Bob Chapek said that he is aiming to reopen its California theme parks with limited capacity by the end of April, and that thousands of furloughed employees will return to work. 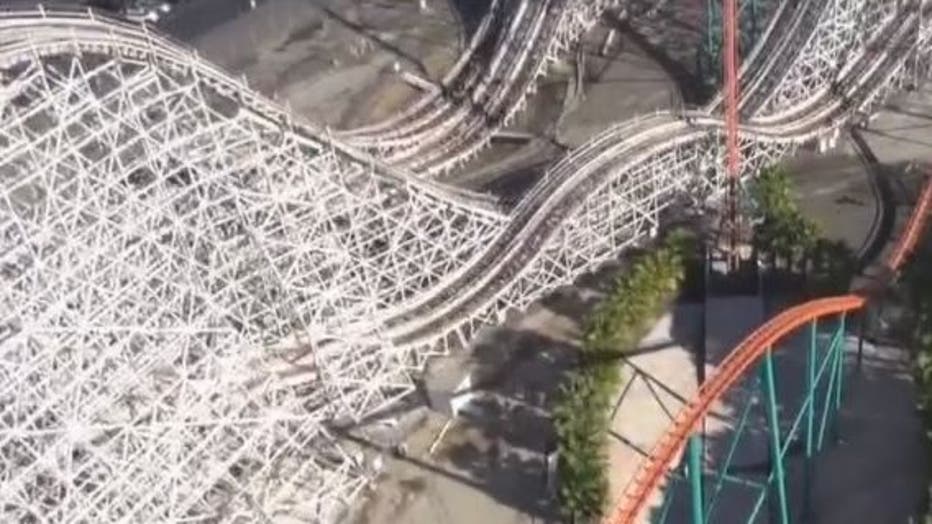 To abide by COVID-19 restrictions, amusement parks in Southern California began offering outdoor services including A Taste of Universal at Universal Studios Hollywood. In Buena Park, the tasty show went on as Knott's Berry Farm found a way to host the wildly popular Taste of Boysenberry Festival.

In addition to theme parks, the state also said counties that fall into the red tier could reopen outdoor venues for sporting events beginning April 1, which happens to be Opening Day for Major League Baseball. 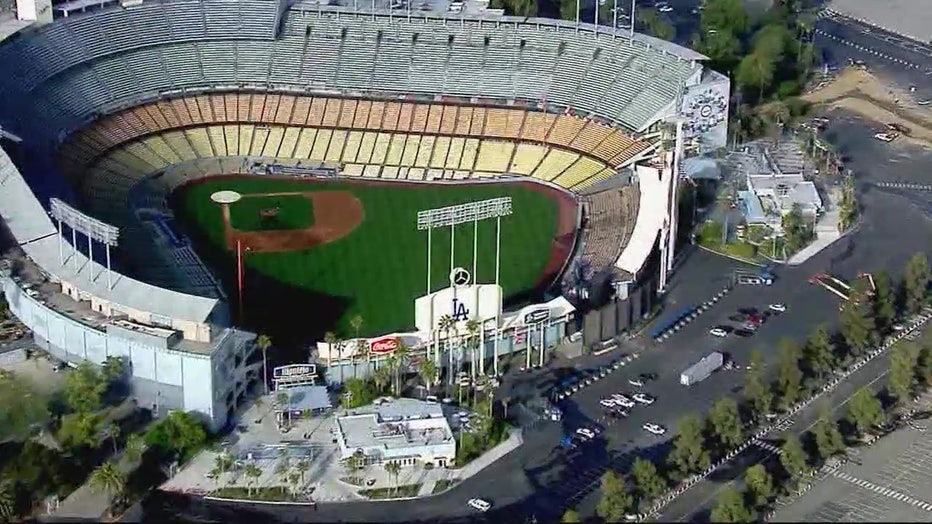 Last month, California public health officials relaxed its rules for youth sports like softball, gymnastics, baseball, and cheerleading to resume where COVID-19 case rates are at or below 14 people per 100,000.

Returning to campus for in-person instruction has also been a hot-button issue for many Southern California parents. Some districts are currently operating under a hybrid system for elementary students, while some, including Los Angeles Unified, which is the second-largest school district in the nation, continue with remote learning.

On Monday, LAUSD Superintendent Austin said he believes the district was close to striking a deal with its teachers' union over efforts to restart in-person classes, a move the union wanted to be delayed until school staff were vaccinated and county COVID-19 case rates fall.

Days later and after weeks of negotiations, the LAUSD and UTLA reached a tentative agreement Wednesday night on returning to in-person learning at the end of April. 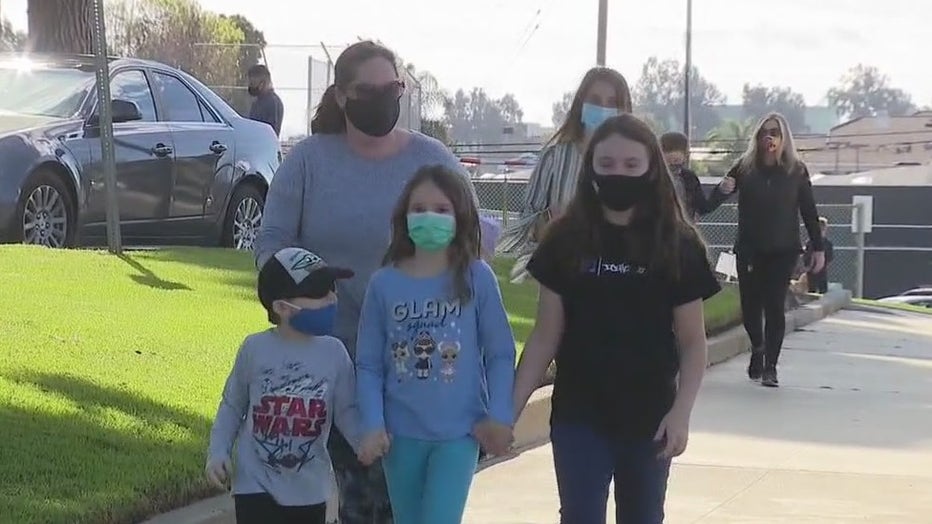 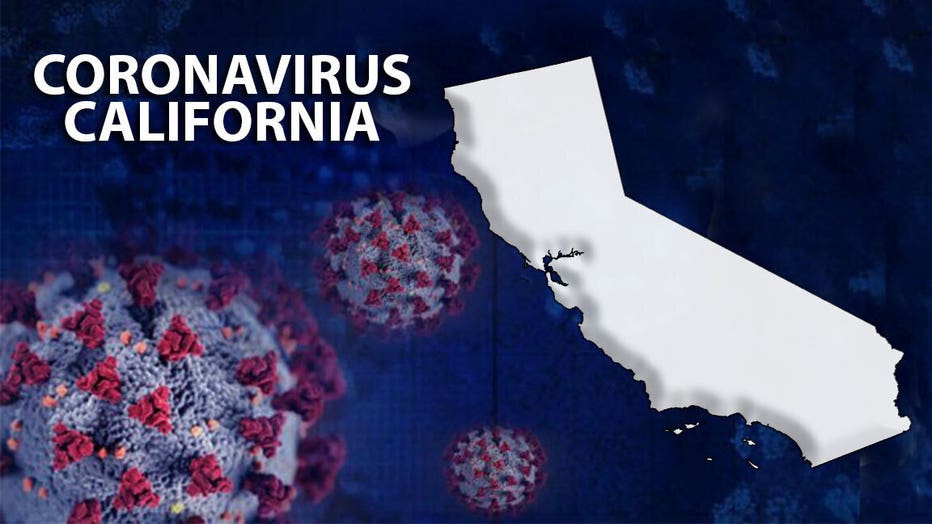 Before the winter holidays, the greater majority of California’s 58 counties reverted back to the "purple tier," which is the most restrictive under the state’s Blueprint for a Safer Economy. The purple tier indicates a county’s COVID-19 risk level is widespread.

RELATED: Majority of California counties revert back to state's most restrictive tier

Amid the holiday season as many opted to gather or travel against the guidance of health officials, the Golden State saw a surge of coronavirus cases and deaths.

In response, California then shifted into a regional stay-at-home order because "the rate of increases in new cases continues to escalate and threatens to overwhelm the state’s hospital system, further aggressive action is necessary to respond to the quickly evolving situation," the state said in a press release.

This went into effect for all of Southern California beginning on December 6, 2020, forcing many businesses to close its indoor operations.

For restaurants, all in-person dining was banned and eateries could only offer delivery and takeout services.

On January 25, 2021, the stay-at-home order was lifted, which allowed outdoor dining to resume statewide.