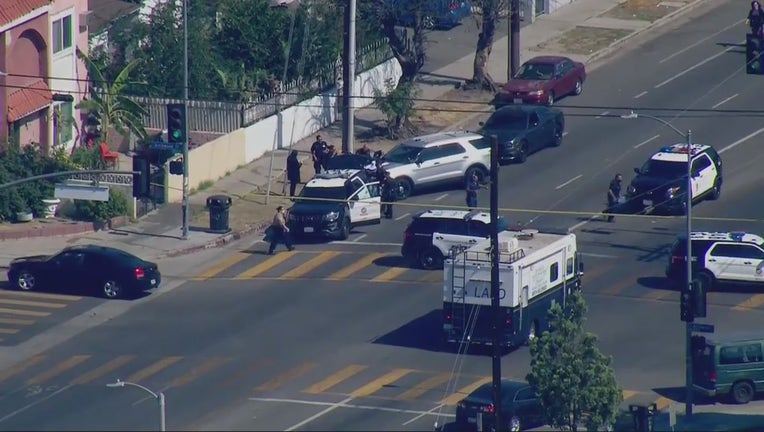 The shooting occurred about 8:30 a.m. at Laurel Canyon Boulevard and Vanowen Street, according to the Los Angeles Police Department.

Police went to the area on a 911 call of a possible kidnapping suspect, the LAPD reported.

Arriving officers saw a man armed with a handgun, and the shooting occurred, the LAPD reported.

The man, in his 30s, was arrested, and police recovered a handgun from the suspect, the LAPD reported. His name was not immediately available. The investigation was continuing.