An investigation is underway following a use of force incident involving LASD deputies in Inglewood.

INGLEWOOD, Calif. - Los Angeles County Sheriff Alex Villanueva is sounding off after a video involving his deputies went viral for the wrong reasons.

Earlier in the week, video captured on a cell phone showed a man being brutally arrested by two LA County Sheriff's Department deputies outside Luxor Hookah Lounge on Century Boulevard in Inglewood. The family of the man, Blake Anderson, arrested in the video questioned LASD's use-of-force decision in the incident that ultimately left Anderson seriously hurt and allegedly losing an eye. 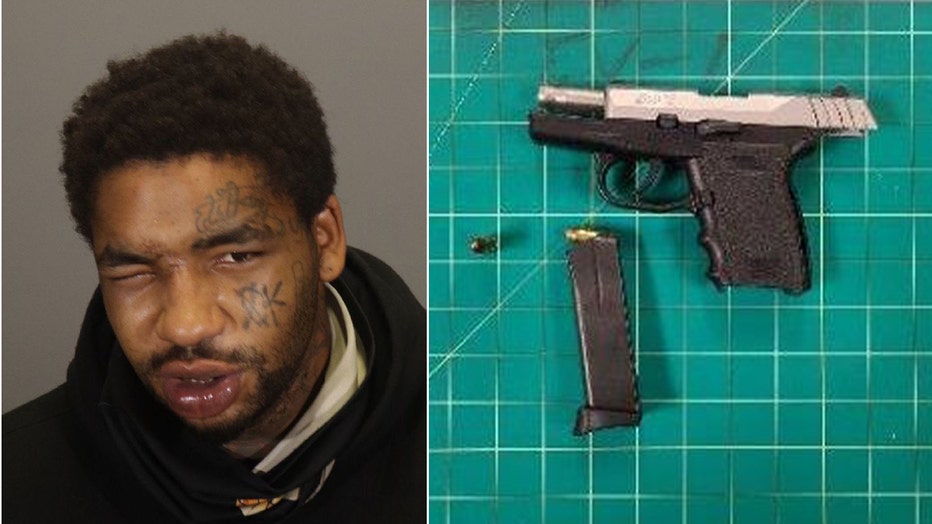 Blake Anderson and the firearm LASD says was on him at the time of the arrest. (LASD)

In Villanueva's rebuttal, the LA County Sheriff called the social media outcry in support of Anderson "#FalseReporting" by "activists in reporters' clothing."

"What other ‘reports’ have you embellished and misled in order to gain notoriety?" Villanueva said on social media.

Villanueva said Anderson was on active parole at the time of his arrest and was prohibited from owning and possessing a gun. The Sheriff also claims Anderson was not an employee of the hookah lounge. He did, however, admit that the force used was concerning and vowed to continue reviewing the incident.

"Proper admin action will result depending on outcome," Villanueva said on social media.