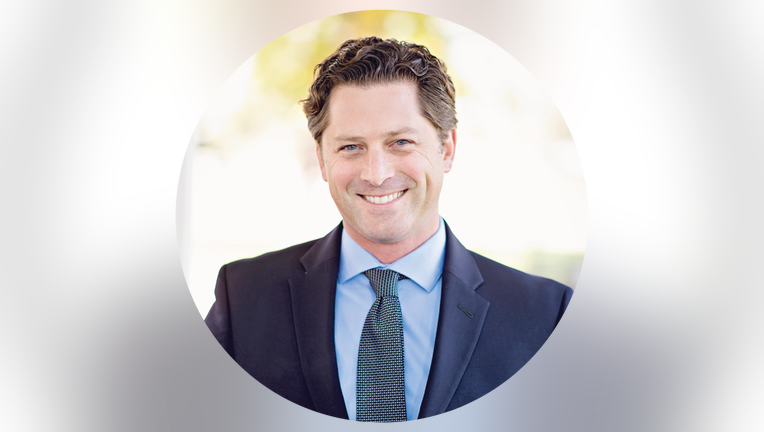 OAKLAND, Calif. - A former prosecutor and Republican lawmaker proposed a bill this week that would make sex assault investigations of police officers public even if they quit midway through the internal inquiry.

Assemblyman Jordan Cunningham (R-San Luis Obispo) told KTVU on Friday that he wants to close a loophole in the landmark law, SB 1421, authored by his Democratic colleague Nancy Skinner of Berkeley, which went into effect last year. Skinner’s law reversed a 40-year-old privacy policy, mandating that police must make public personnel files on officer-involved shootings, and whem there are sustained findings on officers who lied on the job or committed sexual assault on a civilian.

Cunningham is focusing on the latter of the three categories.

Interactive map: Who is releasing police personnel files and who is not

Cunningham's bill, AB 1599, would make officer-involved sexual assault investigation reports eligible for release if the officer resigns before the investigation is finished.

“I mean, this happened in my hometown,” Cunningham said. “The cop resigned before the investigation was complete. And just because there hadn’t been a chance for them to come to a sustained finding, the lawyers said, ‘Yeah, we’re not going to release the records.’ Right now, there’s a big loophole. All of this can now stay quiet and he can quit and then another agency will hire him because they won’t know. That’s what happened here.”

Cunningham said the news director at KSBY and the top editor at the San Luis Obispo Tribune came to his office to complain that they couldn’t get access to the files, which were eventually leaked to them anyway.

“Look, the public has a right to know if there are allegations that a police officer sexually assaulted someone on the job,” Cunningham said.

Cunningham was only one of four Republicans to support SB 1421. But he doesn’t know why so many in his party voted against transparency.

“I’m a pretty pro-police legislator,” he said, noting he was a deputy district attorney in San Luis Obispo County before starting his own firm. “Most cops support the concept. This type of stuff makes everyone looks bad, and undermines public trust.”

So far, the bill has no formal opposition since it was just introduced this week. And Cunningham said that he is already reaching out to police chiefs as he works on hammering out the language of his bill. He said his bill would not cover situations where police officers are accused of sexually assaulting a colleague, which is what happened in Brentwood. Those files were not made public under the new law because the woman was a co-worker and not a civilian, the Bay Area News Group reported.

But if it’s anything like Skinner’s bill, the same actors will likely fight it. Even after SB 1421 was passed, police unions across the state fought the retroactivity of her law, saying that old records shouldn’t be revealed. Even Attorney General Xavier Becerra initially wouldn’t disclose police records until the matter was settled in the courts.

Attorney Michael Rains represents many of the police officers in the Bay Area who face discipline. And his firm fought vigorously to withhold records that were created before SB 1421 took office.

"What is it they're trying to hide?" Senator asks of police blocking release of records

A year later, though, Rains said he understands Cunningham’s intent to release records even if someone quits.

“From my perspective, though, I understand if an officer wants to resign and wants the department not to make a finding and not disclose,” Rains said. “When these things are released, the officer literally has such a terrible time moving on with his his or her life with adverse publicity.”

Rains said in the last year he’s heard of “several accounts” where officers were disciplined or fired many years earlier and “all of a sudden something that occurred six or seven years ago is surfacing and is having an enormous impact on their lives.” He said that in one case, an officer was fired because of the adverse publicity when SB 1421 records were released.

Ultimately, judges in Contra Costa County, Los Angeles County and the California Supreme Court rejected the unions’ arguments, concluding that the law applies to all records, even those created before SB 1421 went into effect.

In general, news organizations feel that police agencies in California have sluggish in responding to the law, while departments have argued that reviewing and redacting hundreds or thousands of pages of old reports is time-consuming and costly.

Some agencies are charging hefty sums for redacted reports and video.  For example, the California Highway Patrol was charging $1,207.50 for 4,000 of pages documents related to an officer fired in 2014 for having a sexual relationship with a confidential informant.

Overall though, Rains said the law has shown that police departments have actually dealt with serious misconduct appropriately.

“Sure, officers have done bad things,” Rains said. “But the upshot is that the agencies have promptly investigated and found reason to fire or prosecute. What I’m happy about is that there isn’t evidence that agencies are covering up for cops.”