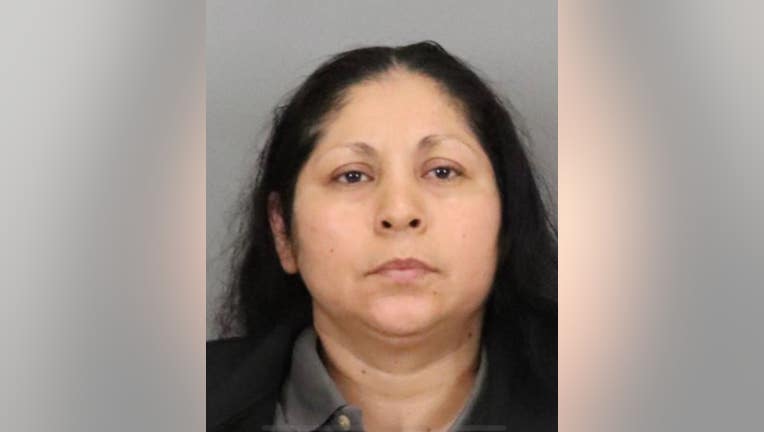 SAN JOSE, Calif. - One of the San Jose kidnapping suspects who allegedly abducted a 3-month-old boy this week had befriended his grandmother at church and become "obsessed with the baby," two Bay Area Spanish-language television stations reported.

The grandmother, Victoria Mejia, told Univision 14 San Francisco that she had met the supposed linchpin of the kidnapers, Yesenia Guadalupe Ramirez, 43, at church services and then befriended her, seeming to hover nearby when her baby grandson, Brandon Cuellar, was near.

Mom of baby Brandon shows up to court for suspects' arraignment

The mother of 3-month-old Brandon Cuellar, who was kidnapped for a San Jose on Monday and later found unharmed, was seen walking into court for the arraignment of the two suspects in the case.

And so, when baby Brandon was taken on Monday afternoon from inside the grandmother's apartment, Ayala – speaking publicly for the first time – told the station that she felt that "half of my heart had left with him. I felt like I had died."

The baby was found by police Tuesday who said he appeared to be unharmed. He was reunited with his mother that night.

Ayala told Univision that she was at work, cleaning houses, when her son was taken from her mother's home. She got a call from her sister-in-law that her son had been kidnapped.

"I didn't know how to react," she told Univision. "I fell to the ground and it was a moment that I can't explain." 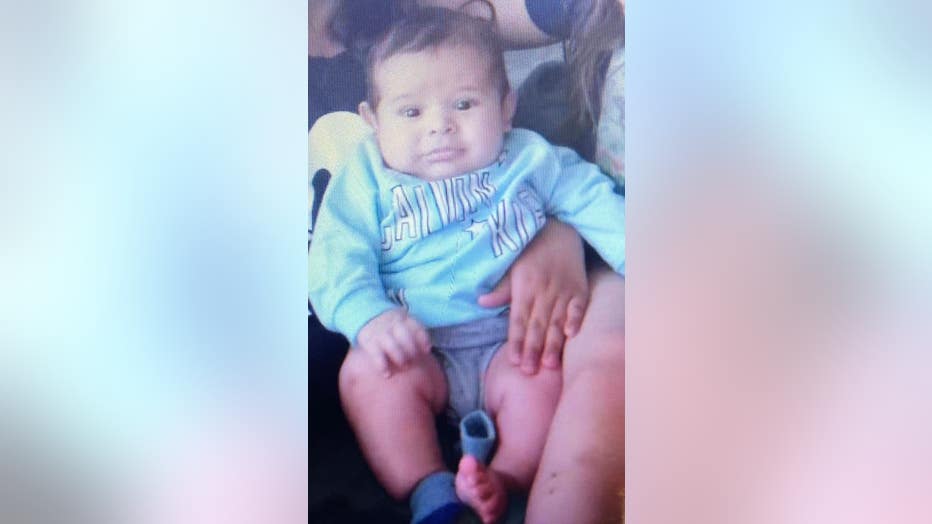 When Brandon was returned to her, Ayala added: "I felt like my soul came back to my body."

During both interviews, Ayala held her baby in her arms, rocking him, bouncing him and wiping milk off his lips after he drank from a bottle.

San Jose police on Wednesday confirmed that Ramirez is the main suspect who allegedly hatched a plan to take baby Brandon from inside Grandma Victoria Mejia's apartment in the 1000 block of Elm Street as she was unloading the groceries.

Ramriez had convinced Mejia to go with her to Walmart, so they could use food stamps to buy supplies for the baby, according to Univision.

When she was interviewed by detectives, Ramirez told an inconsistent version of events, police said.

When she and the grandmother returned from errands, a man – now identified as Jose Portillo, 28 – was seen on surveillance video taking the baby away in a car seat and walking down the sidewalk into an awaiting car.

After a 20-hour search, a good Samaritan spotted a van that was the alleged suspect vehicle, which is also registered to Ramirez, and police found Brandon in Portillo's home nearby Valley Medical Center.

Portillo's connection to the case has not been spelled out.

In addition, police arrested Baldomeo Sandoval, 37, as part of the kidnapping conspiracy.

Relatives told Univision that he is married to Ramirez.

But on Thursday, the District Attorney declined to charge Sandoval and he was released from custody.

Ramirez and Portillo are being held in Santa Clara County jail without the option of bail.

According to the Santa Clara County Sheriff, they are being represented by the public defender and declined to be interviewed.

For now, Ayala and her mother are thrilled they have their beautiful baby boy back at home.

"When we got the news that our little grandson had been found, I thanked God very much," Mejia told Univision. "God has done the work that we managed to see him and hug him again."