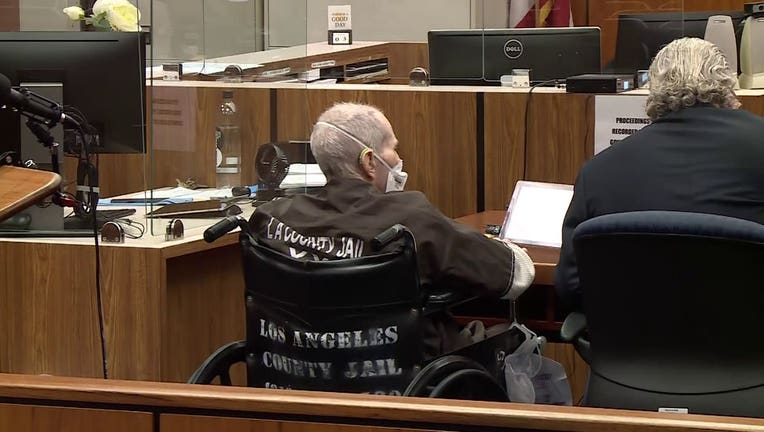 INGLEWOOD, Calif. (CNS) - A judge Tuesday rejected the defense's motion seeking the acquittal of Robert Durst after the prosecution rested its case-in-chief in the New York real estate scion's trial on a murder charge stemming from his best friend's shooting death at her home in the Benedict Canyon area of Los Angeles.

Superior Court Judge Mark Windham's ruling outside the jury's presence came one day after he denied the defense's emergency motion for a mistrial in Durst's case – the third such request for a mistrial or an indefinite delay in recent months over concerns about the 78-year-old defendant's health conditions.

In an oral motion for a judgment of acquittal, one of Durst's attorneys, David Chesnoff, contended that there was "absolutely no forensic evidence" linking Durst to the December 2000 killing of his longtime friend, Susan Berman, a 55-year-old writer whom he met while at UCLA.

Shortly after the judge's ruling, the defense called its first witness, UC Irvine professor Elizabeth Loftus, who studies human memory and is due back on the stand Wednesday morning.

The prosecution had wrapped up its case-in-chief by playing an audiotape of Durst's interview with Deputy District Attorney John Lewin and two Los Angeles Police Department detectives shortly after he was arrested in March 2015 in New Orleans.

In that interview, Durst denied that he had found his friend's body and said "whoever wrote that note had to be involved in Susan's death."

In his opening statement last year, lead defense attorney Dick DeGuerin told jurors that Durst "showed up and found her dead" and "panicked."

DeGuerin acknowledged that his client had written an anonymous "cadaver" note that was subsequently mailed to police so her body would be found.

"Bob Durst did not kill Susan Berman and he does not know who did," DeGuerin said in May when the trial resumed after being stalled for more than a year by the COVID-19 pandemic.

Deputy District Attorney John Lewin told jurors that the evidence would show that Durst shot and killed Berman "out of survival" because he feared she would tell authorities about his involvement in the disappearance of his first wife, Kathie.

During his updated opening statement, Lewin called the cases of Kathie Durst and Susan Berman "interrelated," and told jurors they would hear evidence that Durst killed his wife and used Berman to help cover up his part in the crime, and that he subsequently had to kill his neighbor, Morris Black, in Galveston, Texas, in 2001, because the man figured out who Durst was and was putting pressure on him.

Durst was acquitted of murder in Texas after testifying that he killed Black in self-defense in September 2001. Los Angeles County prosecutors allege that Durst was in Galveston, Texas, while posing as a mute woman after authorities began a new investigation into what had happened to Kathie Durst.

DeGuerin disputed the prosecution's contention that Berman made a phone call posing as Kathie Durst and called Berman a "storyteller" who had a "great imagination" and "made things up."

The defense attorney also told the panel that a six-part HBO series "The Jinx: The Life and Deaths of Robert Durst," in which the defendant was recorded saying "There it is, you're caught" and "killed them all, of course," was "heavily edited" and "not a documentary."

Durst has been behind bars since March 14, 2015, when he was taken into custody in a New Orleans hotel room hours before the airing of the final episode of the HBO series, which examined Kathie's disappearance and the killings of Berman and Black.

Durst has been long estranged from his real estate-rich family, which is known for ownership of a series of New York City skyscrapers -- including an investment in the World Trade Center.

Durst split with the family when his younger brother was placed in charge of the family business, leading to a drawn-out legal battle, and ultimately reached a settlement under which the family reportedly paid him $60 million to $65 million.