A retired pilot went out in style after the aviation photographer he mentored stunningly captured his final take-off. 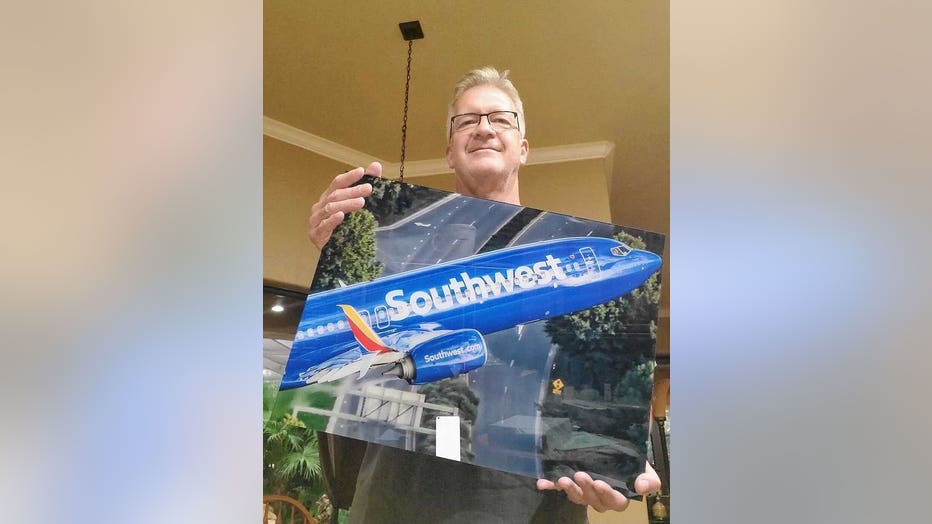 Southwest Airlines tweeted the story on Saturday. The company posted breathtaking photos of Captain Ted Orris’s final takeoff with details of how the touching story came together.

Orris, 59,  told FOX Television Stations that back in 2015 a then-teenager, Ryan Patterson, was on his plane during a stopover in Phoenix. He approached Patterson after noticing him taking pictures of planes.

“No one had really ever taken an interest in what I was really doing, and he ended up inviting me to the cockpit, we exchanged phone numbers I think, and we just became friends,” Patterson told FOX Television Stations. “I was just honored that someone had enjoyed my work.”

Since then, the two have occasionally caught up when they ended up in the same cities. Orris even took Patterson’s family out to dinner. The two men continued to bond over their love for aviation for years. Patterson would often send Orris pictures of planes he captured with his camera.

“We had so much in common that we stayed really close friends,” Patterson explained.

“When Ryan started going to college in Washington, D.C., I had a couple of overnights in Washington and we went to dinner,” Orris said.

When Patterson heard about Orris’s retirement, he devised a plan despite Orris’s plea not to do anything special. Patterson secretly arranged to fly in a helicopter so he could take pictures of Orris’s final takeoff at Raleigh-Durham International Airport in North Carolina in late August. The plan worked. Before Orris pushed back from the gate, Patterson texted him to look up and wave.

“I could never imagine somebody going out of their way to that extent to do something,” Orris explained.

Patterson said Orris “rocked his wings” upon takeoff from RDU, a gentle gesture pilots sometimes to do to acknowledge a special occasion.

“I really wanted to just to surprise my friend and say thank you for everything that he had done for me,” Patterson added.

The photoshoot was beyond a success.

Patterson also posted the story on his Instagram page.

Orris graduated from Kent State University in 1983 and has flown for more than 40 years. He spent nearly 16 years with Southwest before taking an early retirement due to the COVID-19 pandemic and its devastating impact on the airline industry. He was aiming to retire at 65, the required age.

Orris, who currently lives in Orlando, said he and Ryan plan to meet up again in the coming months.