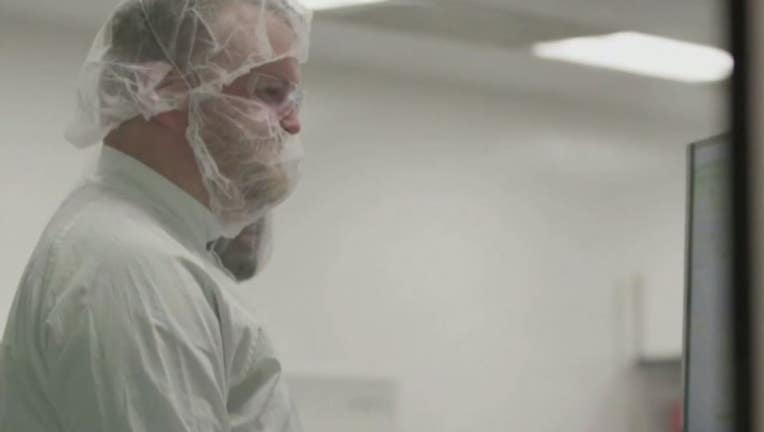 LOS ANGELES - UCLA researchers have found that there was a significant increase in patients with coughs and acute respiratory failure at UCLA Health hospitals and clinics beginning in late December, suggesting that COVID-19 may have been in the area months before the first definitive cases in the U.S. were identified.

Professor of Medicine and the Director of the National Clinician Scholar Program at UCLA, Dr. Joann Elmore, led the study.

"In March and April, some of my patients started emailing me and calling and asking if their weird symptoms they had in January might have been Covid-19. I thought it was a really good question," said Elmore.

Elmore said the findings were significant with a 50% increase in patients coming to UCLA clinics with complaints of a cough in the winter.

"We were able to harness 10 million electronic medical records and quickly do a search and immediately know that there was an uptick unusual in many more patients coming in with respiratory complaints. Statistically we found that this uptick was above what you would expect by chance, even taking into consideration all of those many years of data," said Elmore.

Elmore said some of the cases could be attributed to the annual flu.

"Some of these cases most likely were due to the annual flu. It may have just been a bad season and secondly I think everyone listening to this will think oh I had symptoms in january, I wonder, and I'm afraid I won't have answers for you, we may never," said Elmore.

Elmore said she hopes people in the medical field learn from the study.

"Going forward, my hope is that this sort of novel technique can be done in real time and that you can use AI, artificial intelligence and you can set up algorithms. Hopefully in the future, we'll learn from this terrible pandemic and we'll catch things sooner," said Elmore.

RELATED: COVID-19 may have been circulating in Los Angeles in December, UCLA study suggests

Elisa Wishan, who was diagnosed with Covid-19 in March, believes it's an important study as well. She was sick last year.

"I had walking pneumonia in December, well who knows, we never tested for Covid. Do I believe back in December people had Covid, yeah I do, but nobody would have known what this was," said Wishan.

Wishan said she is still suffering from side effects.

"I'm not doing as good as I would like to. I'm still dealing with fatigue, that's a little better but I've had shortness of breath and I'm told now, they've narrowed it down. It is Covid related. There's problems with my esophagus. They said it was triggered by an autoimmune deficiency from Covid, things they've never seen before. They're doing a test tomorrow at UCLA because they have to see how much damage there is," said Wishan.

Wishan is a nail manicurist by trade, and is unable to work due to her ongoing symptoms.

"This is not a virus you want to have, and to do your part, please do your part because I can't stress it enough. I'm still dealing with it, and how many months from now since March 26 when I was diagnosed, and I still have side effects," she said.

Wishan encourages people to wash their hands, and wear a mask to stay safe.