Pastor Rob McCoy explains why he has opted to continue holding indoor services.

Pastor Rob McCoy led morning services in defiance of coronavirus health orders at Godspeak Calvary Chapel in Ventura County. McCoy had vowed Friday to continue in-person services even though the judge’s order cited “an immediate threat to public health and safety due to the 2019 novel coronavirus.”

"We’re seeing a loss of all rights but the right of the church, this is the foundation of this country and we’re very serious about it. So yeah we will go to jail for it," said Ginny Murry, who supports indoor church services.

"Being in community with your church actually means being able to come together and feel that power and I do believe there is an agenda out there of people trying to separate us," Sandra Efraimson added.

"There’s plenty of room to have beautiful outdoor services and he chooses to break the rules. And I think that that’s not right," said Shana Radashaw. "I think God wants people to live and be healthy and not spread sickness when we don’t need to."

"This way we’re not going to control this thing. There’s going to be more and more outbreaks and this thing is going to drag on forever," Andrew Goetze said.

Pastor McCoy told FOX 11's Hailey Winslow that the reason he hasn't held services outside is that he has a staff member with sun allergies, he’s had threats against the church and he says there’s not a big enough park nearby to accommodate all their members.

The services came Sunday as the number of confirmed coronavirus cases in the U.S. hit 5 million, by far the highest of any country.

Livestreams of the morning’s services showed a mask-less McCoy and a musician standing before at least two dozen worshipers — most of whom were also not wearing masks. It was not clear from the livestream if they were standing 6 feet apart, though the church’s website said that if a worshiper wanted to be socially distant, he or she should listen to the service from a car.

“I don’t know what’s going to happen today,” McCoy told the worshipers as he opened the first service. “My desire is that we lift up the name of Christ.” 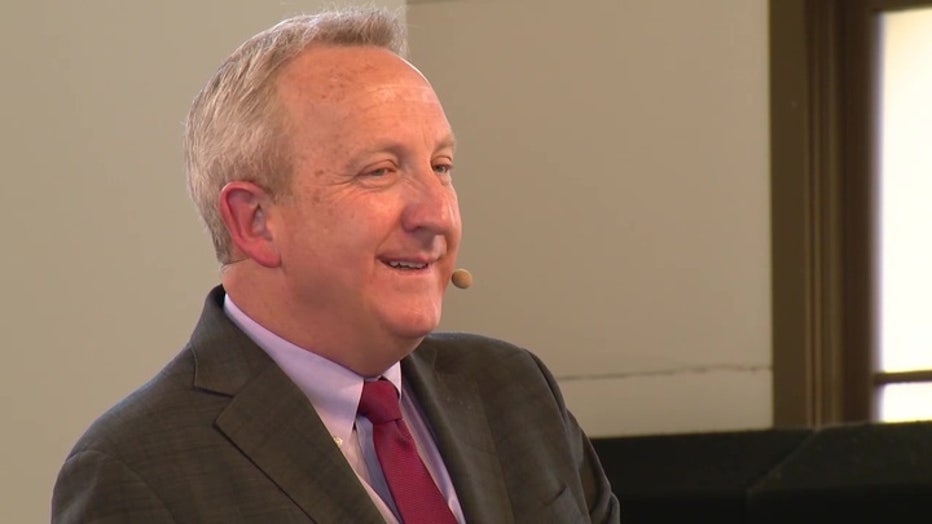 The congregations during both services sang to McCoy for his birthday Monday, even though state health officials say singing increases the likelihood for transmission of the virus.

“Lord, we’re not here to endanger our community,” McCoy prayed during the first service. “We’re here because the church is essential.” 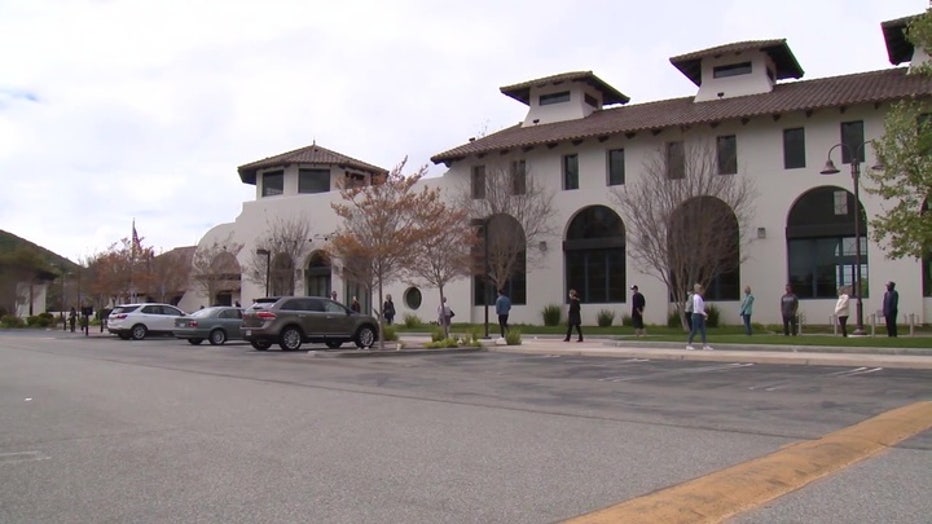 McCoy repeatedly mentioned the judge’s order and the county’s lawsuit against the church that prompted it throughout the services. He acknowledged that he could face a citation or more for defying the court.

“Whatever they’re going to do, I don’t want to mess with God’s justice,” he said during the first service.

McCoy became more outspoken against the order and county officials during the second service.

“We said ‘no’ to the restraining order, we’re open,” he said to applause.

Ventura County Superior Court Judge Matthew Guasco’s order banning the church’s in-person services will be in place until another hearing is held on Aug. 21. It did not appear to be enforced during Sunday’s 9 a.m. or 11 a.m. services.

Godspeak Calvary Chapel is one of a handful of churches in the state that have wound up in court over state or local health orders restricting services. Judges have consistently ruled against the churches on grounds of public safety.

McCoy defended his decision during his appearance on Good Day LA on Monday, citing Gov. Newsom was allowing outdoor services because he allowed large protests throughout the state following the death of George Floyd.

Pastor Rob McCoy continues to hold indoor services and says there have been zero COVID-19 within the congregation at Godspeak Calvary Chapel.

Services for as many as 200 worshipers offered “singing, hugging, no masks,” in McCoy’s words.

“On a scale of one to 10 of the most immediate irreparable harm possible, this is a 10,” Guasco said at the hearing. “It doesn’t get much more immediate or irreparable than the threat that a lot of people are going to spread a contagious and deadly disease.”

McCoy has argued that the risk of spreading COVID-19 from its services is small and there hasn’t been a confirmed case among parishioners. Lawyers for the church also have argued that the health orders are overreach that are trumped by the constitutional right to freedom of expression and worship.

On Friday, the most recently available data, Ventura County reported 111 new confirmed virus cases, including some dating back to tests done on July 31. There have now been more than 8,000 confirmed cases and 89 deaths in the county, which has a population of about 850,000 people.

The number of infections is thought to be far higher because many people have not been tested, and studies suggest people can be infected with the virus without feeling sick.

FOX 11's Hailey Winslow and the Associated Press contributed to this report.