Prior to visiting LA, the president was in Vail, Colorado, where he gave a speech on protecting and conserving America's iconic outdoor spaces. 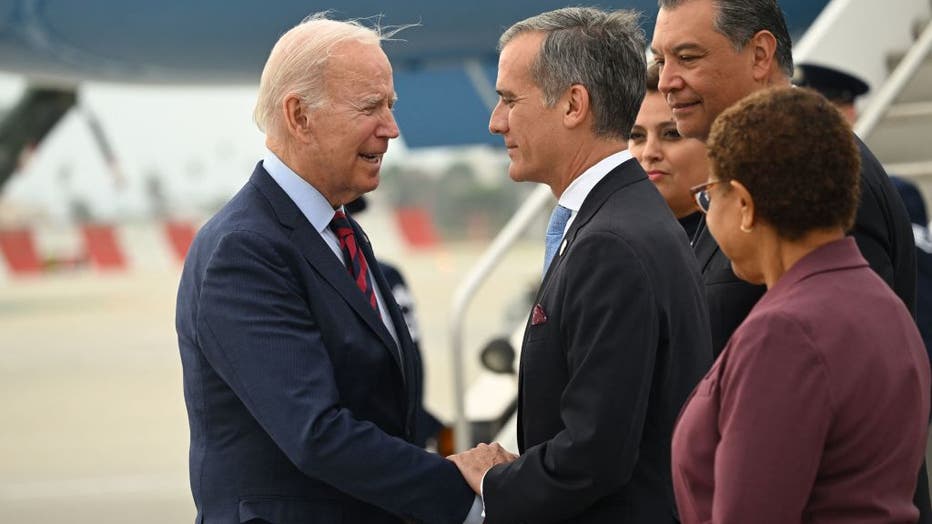 On Thursday, Biden will visit a construction site on the extension of Metro's D line and deliver remarks on infrastructure investments in Brentwood.

From there, he will then attend a fundraiser for the Democratic Congressional Campaign Committee.

Once done in LA, Biden will then travel to Orange County on Friday, where he will talk about "lowering costs for American families."

His journey then continues to Portland, Oregon where he will participate in a grassroots volunteer event with Democrats, the White House said.

Biden was last in Los Angeles in June where he attended Summit of the Americas as well as two Democratic National Committee Fundraisers.

First Lady Jill Biden was in Los Angeles just a few weeks ago. She visited Homeboy Bakery and Homegirl Café in Chinatown and spoke at a Democratic National Committee fundraiser. It was her second trip to Los Angeles as first lady.