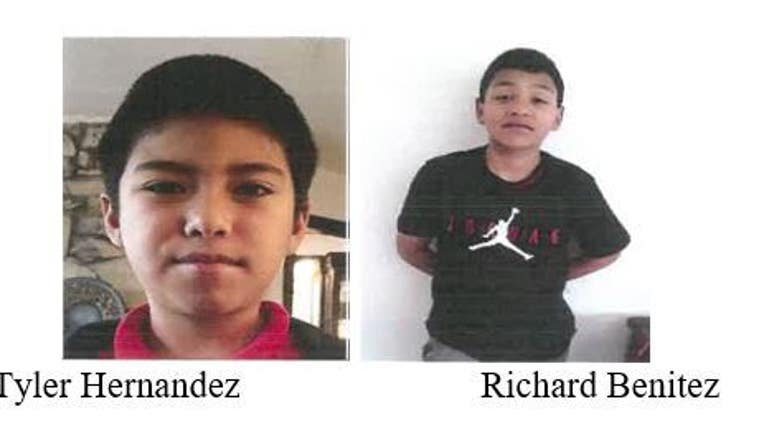 LOS ANGELES - Authorities are searching for two at-risk boys on Saturday who ran away together from a foster home and were last seen in Watts.

Hernandez is Hispanic. He stands about 5-feet tall and weighs about 100 pounds. He has black hair and brown eyes. He was last seen wearing a black T-shirt, basketball shorts, and shoes as well as a gray cap, police said.

Hernandez also takes medication for schizophrenia, according to LAPD.

Benitez is also Hispanic. He stands about 5-feet, 5-inches tall and weighs about 120 pounds. He has black hair and brown eyes. He was last seen wearing a blue shirt, jeans, black shoes and a black cap, according to police.

LAPD asked anyone with information on the boys' whereabouts to call Southeast Juvenile Detective Delosh at 213-972-7849 or 911.