Police in pursuit of vehicle with multiple felony suspects inside

NORWALK, Calif. - Deputies successfully used a PIT maneuver to end a pursuit on the 5 Freeway in the Norwalk area involving an alleged stolen Lexus sedan with multiple felony suspects inside late Tuesday morning.

The chase reportedly began in the Whitter area around 11:30 a.m.

Authorities said the stolen vehicle had two flat tires, but the five suspects, who authorities described as "armed and dangerous," managed to keep the pursuit going for several minutes. 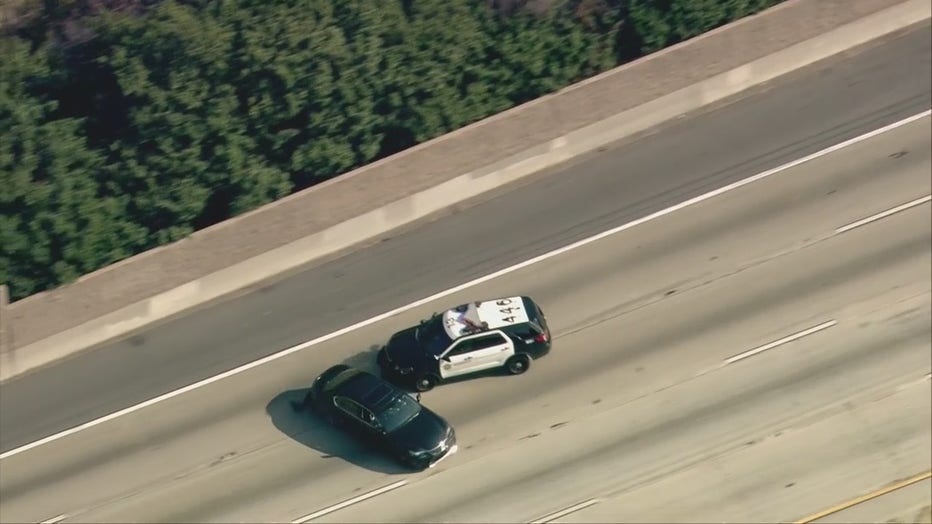 Deputies were led from surface streets to the southbound 5 Freeway toward the Norwalk area where a deputy successfully used a PIT maneuver to end the chase.

After a brief standoff, the driver and four passengers surrendered.

No further information was immediately released by officials.