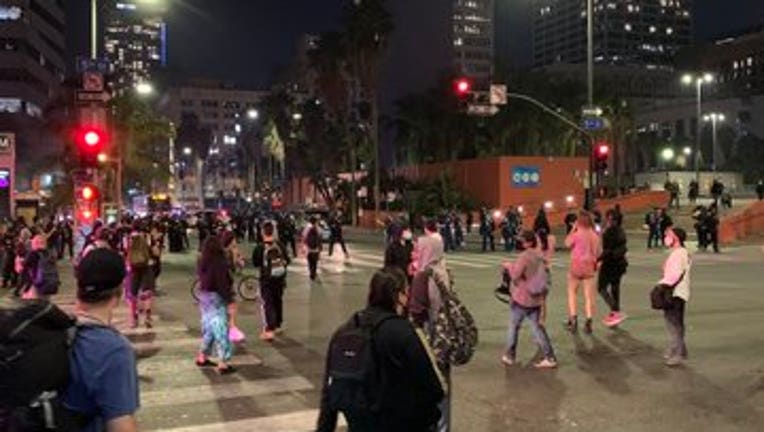 LOS ANGELES - Police have declared an unlawful assembly at a Downtown Los Angeles intersection as votes cast during the General Election continue to be counted Wednesday night.

The unlawful assembly advisory was issued at the intersection of West 5th Street and South Hill Street in Downtown LA on Wednesday evening.

The unlawful assembly advisory was issued at the intersection of West 5th Street and South Hill Street.

Following the unlawful assembly advisory, LAPD said officers arrested three people - two for failure to disperse and one for battery on an officer.

LAPD did not specify what the gathering was about and what was unruly about the crowd.

At around 9 p.m., Officer Mike Lopez from LAPD's Media Relations gave an update on the unlawful assembly that was declared at 5th and Hill Street in Downtown L.A.

According to the LAPD, some arrests were made and the citywide tactical alert has been canceled.