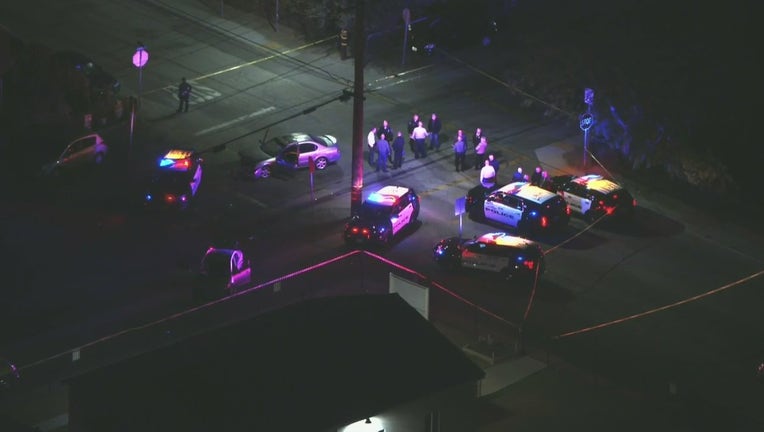 The Ontario Police Department was trying to get a car to pull over near the intersection of West Mission Boulevard and South Magnolia Avenue in Ontario, but the suspect refused to stop, prompting a police chase. The chase went through parts of Ontario, parts of Montclair and into Pomona before the suspect crashed their car into another car with a person inside.

The suspect got out of the car armed, according to police, and that's when an Ontario police officer opened fire.

The suspect, later identified as 39-year-old Angel Rodriguez of Pomona was pronounced dead at the scene. Police say a passenger in the suspect's car remained at the scene and cooperated with police. The person in the car that was hit suffered only minor injuries.

None of the officers were hurt in the chase-turned shooting.