The lengthy police chase continues in Orange County as a possibly stolen Range Rover leads authorities on a lengthy pursuit.

ORANGE COUNTY, Calif. - A man is in custody after leading authorities on a chase across Orange County.

SkyFOX was over the chase scene in Fullerton as the suspect is led the California Highway Patrol on a pursuit Thursday night.

The chase has lasted more than an hour as SkyFOX first flew over the scene a little after 8:15 p.m. The suspect in the black Range Rover SUV has passed parts of Anaheim before reaching Fullerton. 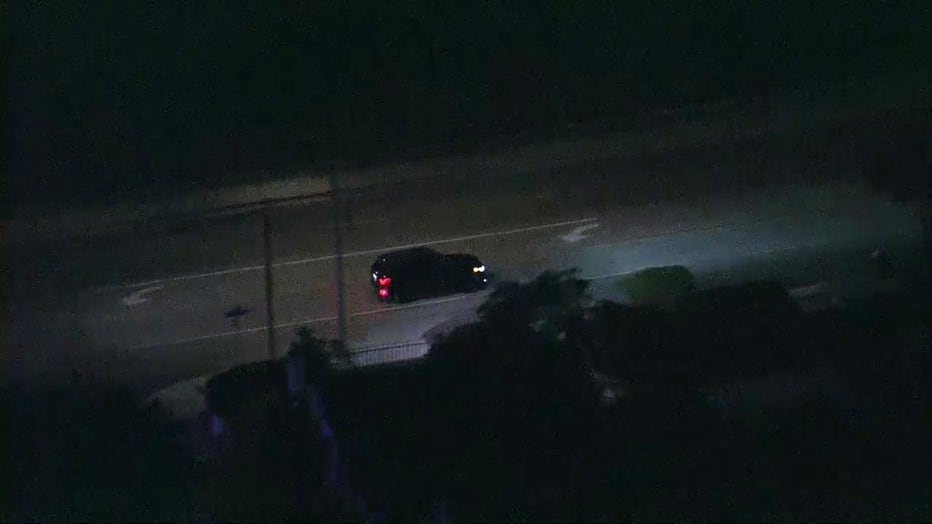 The suspect was eventually stopped and taken into custody a little before 10 p.m., according to a report from the City News Service.