BELL GARDENS, Calif. - A man was arrested for allegedly sexually assaulting an employee in the women's bathroom of the Petco in Bell Gardens, authorities announced Wednesday.

The suspect, who was armed with scissors, allegedly followed the victim to the restroom where he forced entry into the bathroom and sexually assaulted the victim.

The Bell Gardens Police Department received a call from the pet supply store located near the intersection of Eastern and Florence avenues just before 4 p.m. on Monday.

Investigators said surveillance video footage revealed that the suspect entered the store about 15 minutes before the attack. The sexual assault appears to be premeditated due to the fact that he was seen on video repeatedly going into the bathrooms and studying how the door handles and locks operate, police said.

Moments after the suspect was seen studying the locks, a female employee entered the restroom when she heard the suspect fiddling with the handle. According to police, the suspect managed to use a pair of scissors to unlock the door when he proceeded to sexually assault her.

Authorities said he tried slamming her head on the bathroom sink and told her to “shut up” multiple times. The victim fought back and continued screaming. Eventually, her manager heard her screams and was able to come to her rescue.

The suspect managed to walk out of the store after the violent incident. 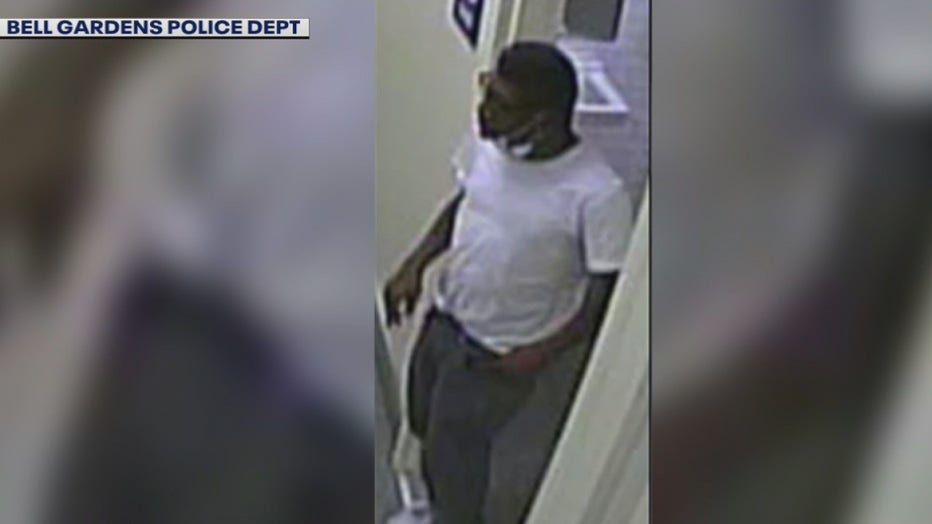 Petco has not released a statement regarding the alleged attack.

The Bell Gardens Police Department announced Wednesday evening that the suspect was arrested, but details were not immediately released.

The name of the suspect has not been released.