RIVERSIDE, Calif. - A small plane crashed onto the property of Riverside Municipal Airport on Thursday morning and two people were injured, authorities said.

The Riverside Fire Department reported the crash around 9:55 a.m. on the grounds of the airport, which is located at 6951 Flight Road in Riverside. Officials said the crash was an "Alert 3," meaning the aircraft experienced major difficulties.

A photograph of the crash showed the single-engine experimental plane upside down in a field off the runway. 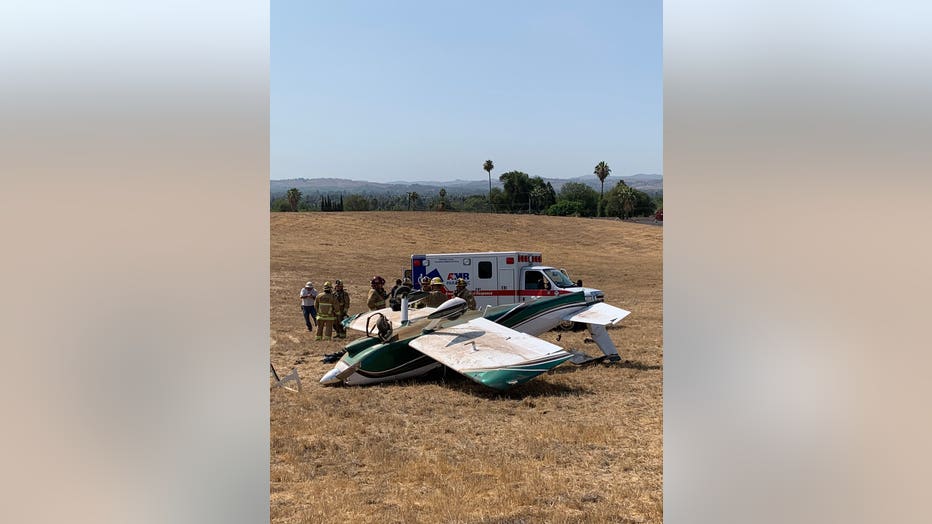 Fire officials said that both the pilot and the passenger in the small aircraft were transported to area hospitals for their injuries. The extent of those injuries was not immediately available.

The cause of the crash was not released.

The National Transportation Safety Board and Federal Aviation Administration were notified and will be investigating the crash.