PALMDALE, Calif. - Firefighters contained a brush fire that erupted near the desert town of Llano on Wednesday, May 12.

The Pine Fire was reported around 2 p.m. near Highway 138 and 248th Street East in the Llano area of Los Angeles County, east of Palmdale.

Earlier reports noted that the fire burned an estimated 450 acres. That number was revised to 442 acres due to better mapping, Cal Fire reported.

Firefighters are on scene, working to contain a brush fire burning near Palmdale that has scorched at least 165 acres.

All evacuation orders have been lifted as of 9 a.m. Friday, the Los Angeles County Fire Department reported.

Mandatory evacuation orders were issued around 3:30 p.m. Wednesday for Antelope Highway to Pine View Road and Buchanan Road to Smoke Tree Road. About 100 homes were evacuated, according to Cal Fire.

The flames were driven eastward toward Pinon Hills and Phelan by winds blowing at about 18 mph, according to reports from the scene.

Images from SkyFOX above show structures and cars fully engulfed in flames. According to Cal Fire, two structures were destroyed. 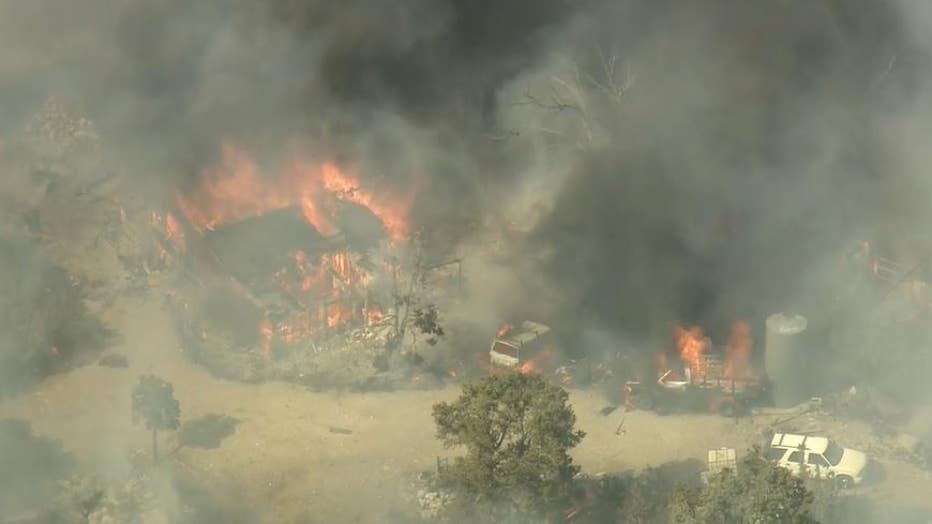 About 500 firefighters were fighting the flames, according to a joint update from CalFire and LACFD.