Just two days after putting up a table honoring Mahsa Amini, the door of the Persian Gulf Café in Westwood had its door shattered.

LOS ANGELES - The owner of a Persian restaurant in Los Angeles' Westwood neighborhood said his storefront is being vandalized after he put a memorial for Mahsa Amini and five others killed in related protests in Iran.

Roozabeh Farahanipour owns the Persian Gulf Café. Recently, Farahanipour put a display outside the café, honoring women killed in Iran recently. Twenty-two-year-old Amini died in the custody of Iran's "morality police" back in September, after she was arrested for allegedly not wearing her hijab properly. Since that day, protesters in Iran and around the world have demanded justice for Amini's death.

The display outside Persian Gulf Café is meant to honor Amini and other women killed in the subsequent protests. The table shows photos of the six women, along with roses, candles, wheat, and the Iranian flag. While Farahanipour said the display's been very popular, just two days since it was erected, the front door to the Persian Gulf Café was shattered by what Farahnipour believes are sympathizers of the Iranian government.

Despite the vandalism, Farahanipour said the café will remain open. 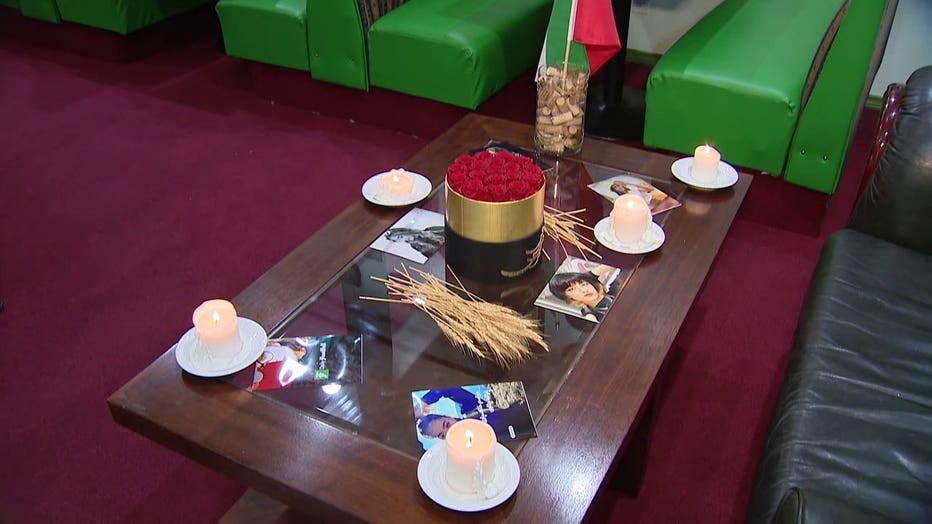 A Westwood cafe honoring those who had been martyred over the past six weeks has been vandalized. (FOX 11)

A vigil was held for Mahsa Amini, the Iranian woman who died in police custody.

"The memorial table will remain and the shattering of [the] restaurant door does not phase me," he said. "We have extra security, and we are good. We will stay open."