The reputed head of the Orange County Mexican Mafia, key leaders in the street gang and multiple other associates have been named in a federal racketeering indictment unsealed Wednesday that alleges murder, attempted murder, drug dealing and weapons charges.

SANTA ANA - The reputed head of the Orange County Mexican Mafia, key leaders in the street gang and multiple other associates have been named in a federal racketeering indictment unsealed Wednesday that alleges murder, attempted murder, drug dealing and weapons charges.

The federal indictment incorporates two cases involving reputed Orange County Mexican Mafia chief Johnny Martinez, 46, that have lingered in Orange County Superior Court and encountered legal roadblocks that jeopardized the prosecutions. One murder case against him was thrown out by a judge, and another was on the verge of dismissal based on a new state law requiring more active participation by a co-defendant in a killing.

Now the reputed gang boss faces an assortment of federal allegations detailed in the 106-page indictment that names 30 other defendants. Federal prosecutors allege the racketeering conspiracy began in 2016 and continued through this year. The indictment alleges multiple murders, extortion, robbery and drug trafficking.

Local authorities say Martinez rose to power following the 2018 death of Peter Ojeda in prison, where he was serving a 15-year sentence.

Like Ojeda, Martinez is accused of running the gang from jail and prison, ordering hits on rival gangs and drug dealers in and out of custody who fail to "pay taxes" through various means of communications such as smuggled- in contraband phones and using girlfriends and wives to convey messages on the outside.

Acting on behalf of Martinez, Gregory Munoz, who was in prison at the time, is accused of ordering a robbery that led to the death of 35-year-old Robert Rios in Placentia on Jan. 19, 2017, the indictment alleges. Ysrael Jacob Cordova, Ricardo Valenzuela and Augustine Valazquez, who was convicted of murder in the case in state court, were allegedly ordered to carry out the robbery that turned deadly.

Charles Frederick Coghill, who was also charged in state court in connection with Rios' murder, was a key witness for the prosecution in Velazquez's trial. Coghill was not named in the federal complaint.

Coghill drove Cordova, Velazquez and Valenzuela to Rios' residence in the 900 block of Vista Avenue, state prosecutors said in Velazquez's trial. Velazquez was shot in the leg as Rios fought back, and Coghill later dropped Velazquez off at his home, where he called a friend to give him a ride to a hospital in San Diego, prosecutors said in the trial last year.

Munoz had a subsequent falling out with the gang and he was stripped of his shot-caller status in March 2017, the federal complaint alleges. Sources have said that Munoz and Martinez had a personal falling out when Johnny Martinez failed to tell Munoz his girlfriend was cheating on him, and Martinez felt disrespected by Munoz's griping about it. On March 28, 2017, Martinez directed the gang to attack Munoz in Calipatria State Prison, the federal indictment alleges.

Munoz was slashed with shivs by gang members on April 6, 2017, the complaint alleges.

Meanwhile, Martinez and others named in the indictment set up methamphetamine and heroin deals, but unknown to them, two of the dealers were confidential informants, according to the complaint.

In August 2017, Martinez, Omar Mejia and Robert Martinez -- no relation to Johnny -- conspired to kill Munoz, who was then out of custody, the indictment alleges. Robert Martinez and Frank Mosqueda attacked Munoz, with Mosqueda shooting Munoz multiple times in the back, according to the indictment. But Munoz somehow survived the ambush.

On Aug. 20, 2017, Martinez ordered the killing of Richard Villeda "for stealing money and drugs from defendant Martinez," the indictment alleges. Villeda was shot to death just after midnight Aug. 21, 2017. in the 800 block of East Culver Avenue. Defendants Kevin Trejo, James Mendez, and Mike Escobar "lured" the victim into a vehicle with Escobar behind the wheel, the indictment alleges. 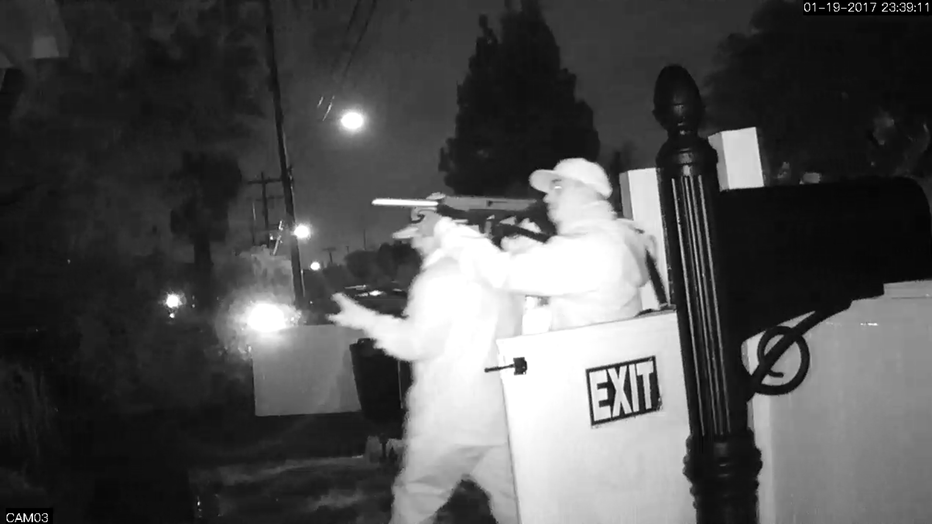 The indictment also details confrontations with a tire shop owner for dealing drugs out of the business without permission and running protection rackets for marijuana dispensaries.

Defendant Robert Aguirre was accused of "greenlighting" one unnamed man for an attack in October 2017. The victim was shot as he ran from gang members Oct. 24, 2017.

The indictment alleges that on one occasion in November 2017, defendant Luis Heriberto Vasquez handed over $1,625 in street taxes from local gang members to Martinez, who presided over the transaction from a smuggled-in cell phone. That same month, Martinez and defendant Dennis Ortiz arranged to smuggle contraband cell phones into Salinas Valley State Prison, which were sold for $1,000 apiece, the indictment alleges.

Another Mexican Mafia-directed attack was carried out on Christmas Day, 2017, the indictment alleges. On New Year's Day, 2018, Martinez and Mejia allegedly used the Signal app to discuss killing another defendant, Michael Cooper, while in custody at Calipatria State Prison, the indictment alleges. Cooper's sin was ordering an attack on another gang member that wasn't authorized by Martinez and for "being suspected of causing a police raid against" the gang, according to the indictment. 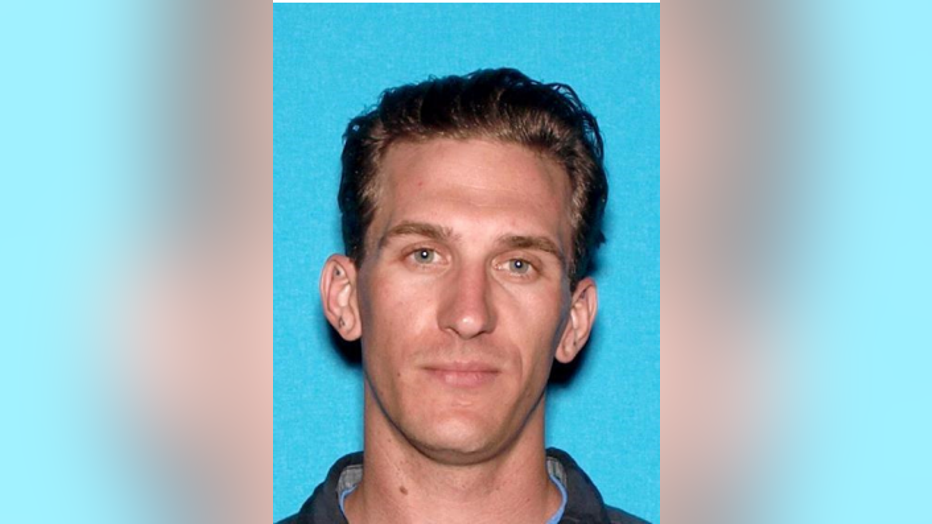 Cooper was attacked with shivs on Jan. 5, 2018, but survived the assault, according to the indictment.

Robert Martinez, along with defendants Robert Amezcua and Mher Darbinyan, aka "Hollywood Mike," attempted to kill Cooper again, "stabbing him in the face and neck area" with a shiv, the indictment alleges. 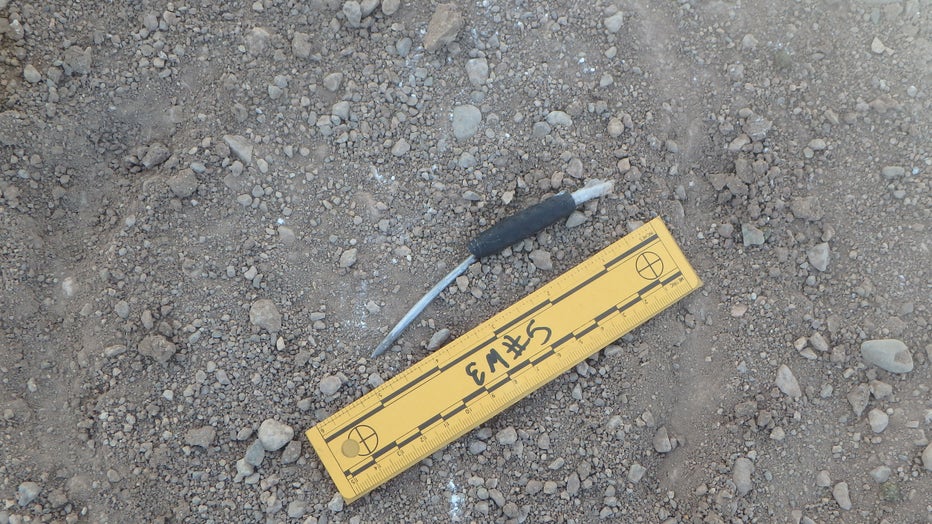 Another inmate in Theo Lacy had his throat slit and was "stomped" on July 29, 2020, at the behest of Johnny Martinez for "threatening to discuss the Mexican Mafia with law enforcement," the indictment alleges.

The attempts by Orange County District Attorney's Office prosecutors to make cases against Johnny Martinez and the others in the Robert Rios murder and attempted murder of Munoz have been beset with problems. After charging them, prosecutors went to a grand jury for an indictment in 2018, but it was thrown out for procedural errors in the presentation of evidence.

The defendants were charged again and were ordered to stand trial following a preliminary hearing. But Orange County Superior Court Judge Patrick Donahue granted a motion preventing prosecutors from mentioning Johnny Martinez or the conspiracy to order the hit on Rios, because the judge determined that a gang expert from the Orange County Sheriff's Department lied about his training as part of a wide-ranging evidence-booking scandal in the department. Later, Donahue threw out the murder case against Martinez for lack of evidence, and defense attorneys have been seeking similar motions in the Rios case.

With those cases faltering, the first indication that the U.S. Attorney's Office was stepping into the fray came on April 4, when county prosecutors moved to dismiss an attempted murder case against Robert Martinez -- knowing he was being named in the federal indictment.