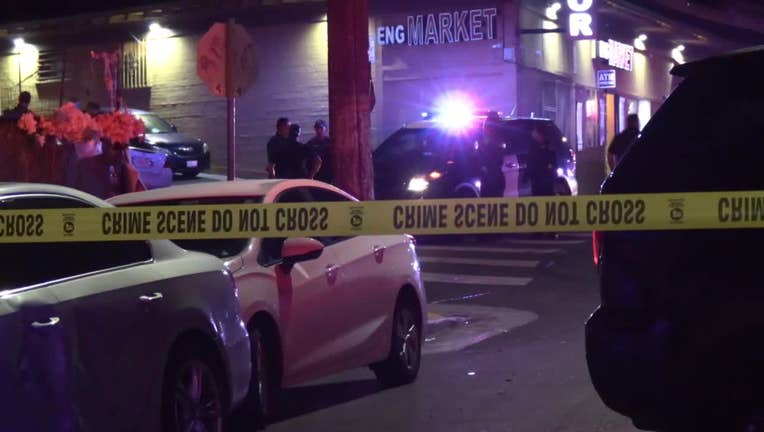 At a news conference describing a violent night in Oakland on Monday, police said that in addition to all the mayhem, two officers were providing traffic control in the 3000 block of Telegraph Avenue during the homicide investigation of two men, when a person suspected of drunk driving struck them.

One officer was inside a fully marked patrol vehicle and the other officer was standing outside, according to Deputy Chief James Beere.

"Thankfully, both officers were transported to an area hospital with non-life threatening injuries," Beere said.

The driver was arrested on DUI charges.

In addition to the two men killed, a 48-year-old woman was also killed in a separate shooting, and police responded to four other non-lethal shootings within a 13-hour span.

"We had multiple homicide scenes plus shootings, as well as people calling for crimes in progress, robberies and burglaries," Beere said. "So it is a tremendous strain. It's hard. Obviously, we tried to manage our resources properly and appropriately as we can."