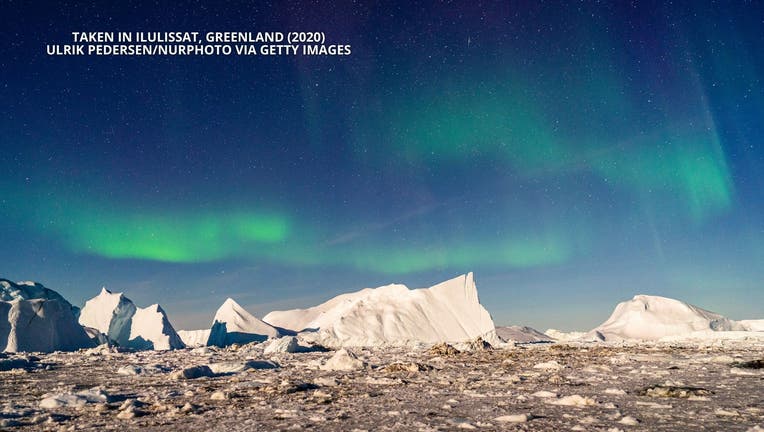 Northern light and Icebergs near Ilulissat, Greenland. Climate change is having a profound effect in Greenland with glaciers and the Greenland ice cap retreating. (Photo by Ulrik Pedersen/NurPhoto via Getty Images) (Getty Images)

A viral social media post left some Angelenos checking outside the window to see if gullible was written in the sky on April Fools.

"Who wants to stay up tonight to see them?" the post read, in part.

The April Fools post generated more than 149,000 likes on Instagram on the page with a following close to 1 million accounts.

However, if you paid attention to FOX 11's meteorologists or this week's forecasts on the National Weather Service, there is no such thing as a northern lights display in Southern California.

Elsewhere in the United States, other states were treated to northern lights sightings on Wednesday night. Viewing areas include states as far as Oregon, Pennsylvania, Iowa and Massachusetts.

In the meantime here in Southern California, we've got a weekend forecast highlighted by patchy fogs and highs of upper 60s for Saturday and Sunday.