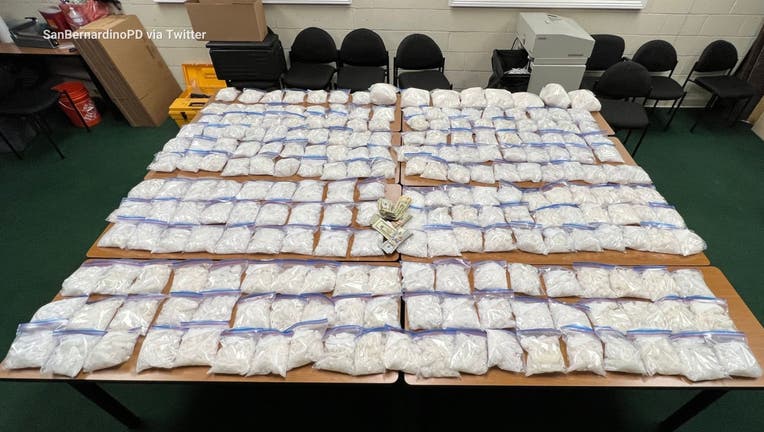 SAN BERNARDINO, Calif. - More than 250 pounds of methamphetamine were seized in San Bernardino after what started as a traffic stop, authorities announced Monday.

According to the San Bernardino Police department, officers recently pulled over person they believed was transporting "large quantities of illegal narcotics into the City of San Bernardino." When police searched his car, they found 15 pounds of meth in a large black trash bag.

That discovery led police to obtain a warrant for the man's home. Upon serving that warrant, officers found another 244 pounds of meth at the home, as well as more than $8,000 cash. The street value of the meth was nearly $803,000 according to authorities. 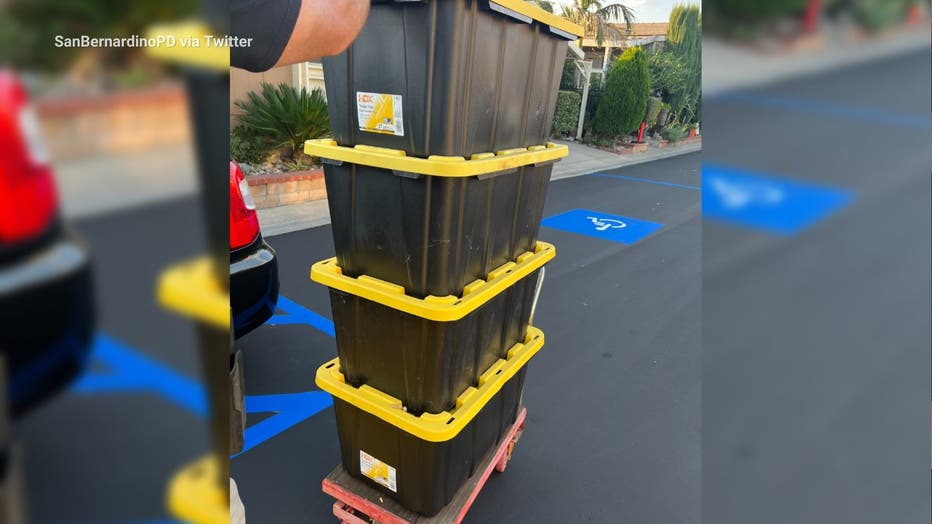 The man was arrested on felony charges, booked to jail and had his car towed.