More than one hundred birds had to be euthanized after Riverside County Sheriff's deputies busted a cockfighting event in Jurupa Valley.

Deputies say they were called to a property in the 5900 block of Troth Street Friday around 11 p.m. Friday. When deputies arrived, they found more than 200 people and 143 fighting birds. Most of the people scattered as deputies arrived to break up the scene.

Officials said they found many dead and severely injured birds, and helped Riverside County Animal Services as they spent the next humanely euthanizing them. 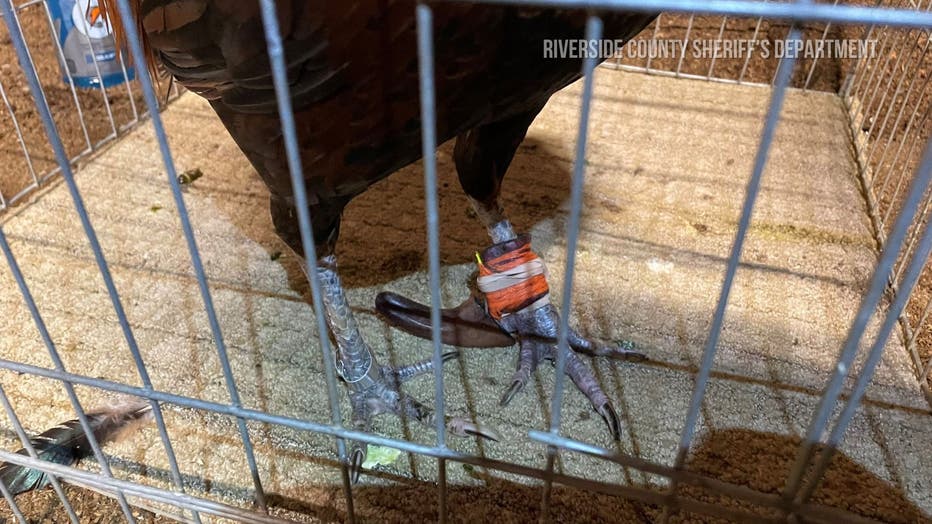 Deputies say the birds need to be put down, "because Animal Services cannot adopt out such birds, as they are valuable and they would almost always end up back in a cockfighting ring. They are not suitable as pets."

One man claimed ownership of the birds, deputies say. He was cited for misdemeanor possession of fighting blades.