MLB All-Star Game: This is how much tickets are worth

Some people we spoke to at Dodgers Stadium say they spent thousands of dollars on tickets for this once in a lifetime event.

LOS ANGELES - The Los Angeles Dodgers have announced ceremonies to honor some of the franchise's most iconic members during Tuesday night's MLB All-Star Game. The Midsummer Classic is back in Los Angeles for the first time in more than 40 years, and the Dodgers have gone all out with the festivities. We're just minutes away from first pitch.

In addition to an MLB-leading six representatives in Tuesday's game, the team will recognize franchise favorites. As part of the celebrations, infielder Jackie Robinson, who broke MLB's color barrier with the Brooklyn Dodgers in 1947, will "take the field" for the team one more time, thanks to "mixed reality" technology. The team will also honor Jackie's wife Rachel Robinson, who celebrates her 100th birthday Tuesday.

circa 1945: A portrait of the Brooklyn Dodgers' infielder Jackie Robinson in uniform. (Photo by Hulton Archive/Getty Images)

The ceremonial first pitch will be thrown out by Fernando Valenzuela, one of the most electric arms in franchise history. "Fernandomania" rocked Los Angeles in 1981 when Valenzuela dominated the National League. Tossing eight shutouts in 25 starts, pitching to a 2.44 ERA and taking home the National League Cy Young Award. 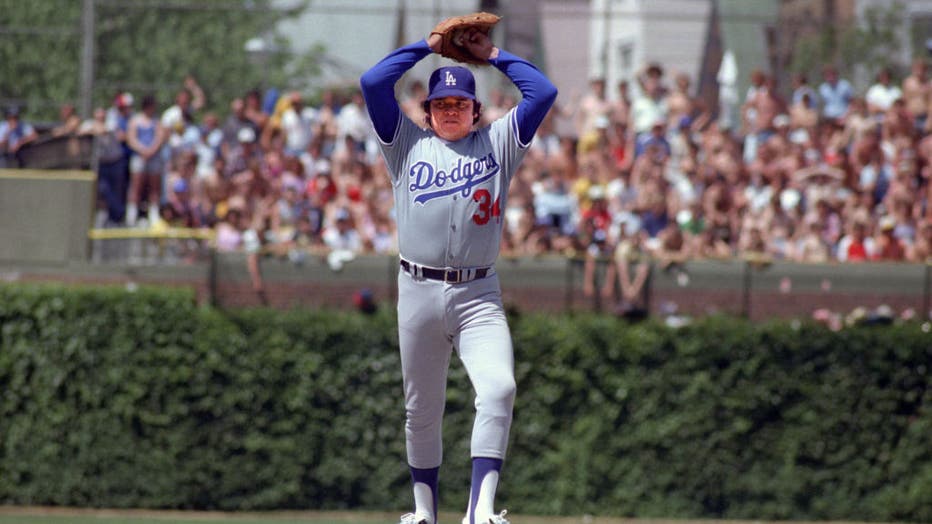 Finally ahead of the game, longtime Dodger Spanish-language broadcaster Jaime Jarrín will give the players an All-Star send-off. Jarrín has been "La voz de los Dodgers" since 1959, and is retiring after the 2022 season. He was inducted into the Dodgers' Ring of Honor in 2018.