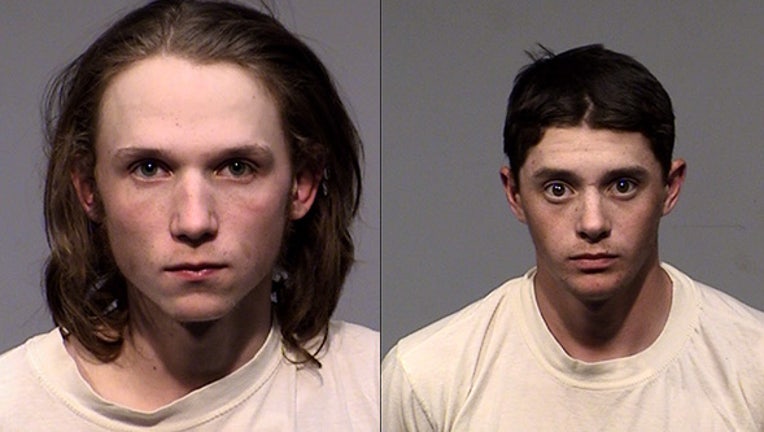 PRESCOTT VALLEY, Ariz. - Two 18 year olds are behind bars after Prescott Valley Police say they admitted to stealing a car from a home and taking it for a joyride that ended in a crash on the morning of April 2.

At around 5:30 a.m., officers responded to a single-car crash on Viewpoint Drive, between Manley Drive and Roundup Drive.

"It was evident that the vehicle had rolled several times before coming to rest," said department spokesperson Jerry Ferguson.

Later on that same morning, Prescott Valley residents Rylan Scott Compson and Carson Edward West arrived at the police department saying they had been beaten up at a park around 2 a.m. During questioning, investigators say they changed their stories, saying they were injured in a car crash and left the scene of the crash.

Eventually, Ferguson says West and Compson "admitted to entering the car owner’s home and stealing the vehicle. The accident occurred while they were joyriding."

They were arrested and booked into jail on suspicion of residential burglary, auto theft, and criminal damage.