COMPTON, Calif. - Dallas Mavericks owner Mark Cuban donated $50,000 to each of the families of the two Los Angeles County sheriff’s deputies who were wounded in an ambush attack last month.

Cuban confirmed the donation to Fox News on Thursday.

The deputies, a 31-year-old woman and a 24-year-old man, were shot in the face and head while sitting in their patrol car near the Compton metro station. Both underwent surgery and have been released from the hospital. They are expected to make a full recovery.

The deputy shooting was captured on surveillance video and shows a person in dark clothes walking up the pathway near Compton's Blue Line station and approaching the parked patrol car from behind. The person in the video is seen coming closer to the car and then can be seen facing the passenger door of the patrol SUV. Then, just inches from the window, the person is caught on video raising a gun, opening fire, and running back the way he came. 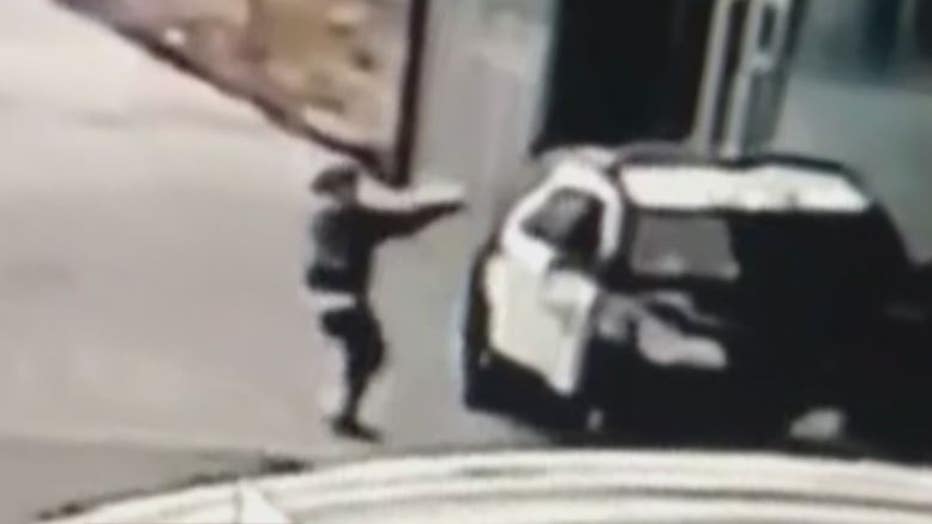 • Crowd gathers outside hospital, chants 'We hope they die' after 2 LA County deputies were shot

Soon thereafter, the passenger door of the SUV opens and a deputy stumbles out, with a hand on their head. The driver's side door then opens. One of the wounded deputies says, "Compton Pax, deputies down."

The female deputy then managed to help her partner out of the cruiser and hide behind a concrete pillar for safety. She applied a tourniquet to her partner's arm to help stop the bleeding.

Deonte Lee Murray, 36, was arrested Wednesday in the shooting. He was taken into custody after a lengthy standoff three days after the deputies were shot, though his arrest was unrelated to the attack on the deputies, Sheriff Alex Villanueva initially said.

Cuban said he made the donation as part of his efforts with his Fallen Patriot Fund, which was originally founded to help families of U.S. military members who were killed or seriously wounded during Operation Iraqi Freedom. More than $5 million in grant money has been given.