A heartbroken family is asking for the public’s help finding the person who struck and killed a beloved father and security guard.

LONG BEACH, Calif. - A suspect was arrested Monday night after killing a beloved father and security guard in Long Beach over the weekend.

According to authorities, the suspect has been identified as Quentin Darnell Black, a 31-year-old resident of Moreno Valley, who was booked for one count of vehicular manslaughter with gross negligence and one count of felony hit-and-run resulting in death or injury.

Derrick Smith, 54, was working inside a guard shack for a housing complex when a driver slammed into the structure and immediately left the scene around 3 p.m. on Saturday, June 12.

The suspect’s vehicle was described as a 2012 Chevrolet Tahoe. Officials said the suspect was speeding in the area when he lost control and plowed into the guard shack.

Smith’s sister, Jenine Nelson-Piggot, made a personal plea to the public to find the person responsible for his death. 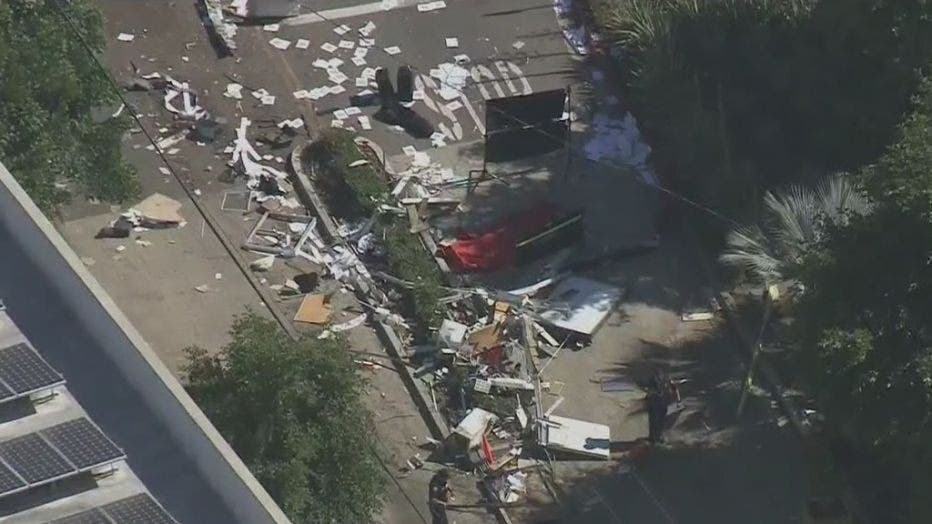 Nelson-Piggot said she went to the scene of the crash with her husband and found the shack shattered in pieces.

According to authorities, officers performed life-saving measures on the security guard until Long Beach Fire Department personnel arrived, but Smith succumbed to his injuries at the scene.