A man was stabbed to death after trying to stop a crime spree suspect who is connected to two separate hit-and-run crashes in Baldwin Park.

LOS ANGELES COUNTY, Calif. - A man was stabbed to death after trying to stop a crime spree suspect in Baldwin Park.

The Baldwin Park Police Department responded to a call of a hit-and-run crash between a car and two pedestrians in the 3400 block of Cosbey Avenue around 1:30 p.m. Upon arrival, officers found two people hit by a car: a 15-year-old girl and a 16-year-old boy. Both suffered minor injuries.

During the investigation, Baldwin Park PD learned the suspect crashed his vehicle into a parked car and ditched the scene on foot. Family members tried to chase down the suspect, but the suspect turned around and stabbed a 35-year-old man to death.

The suspect was eventually detained several blocks from the crash scene by police in El Monte.

The deceased man's identity has not been released as of late Tuesday night. 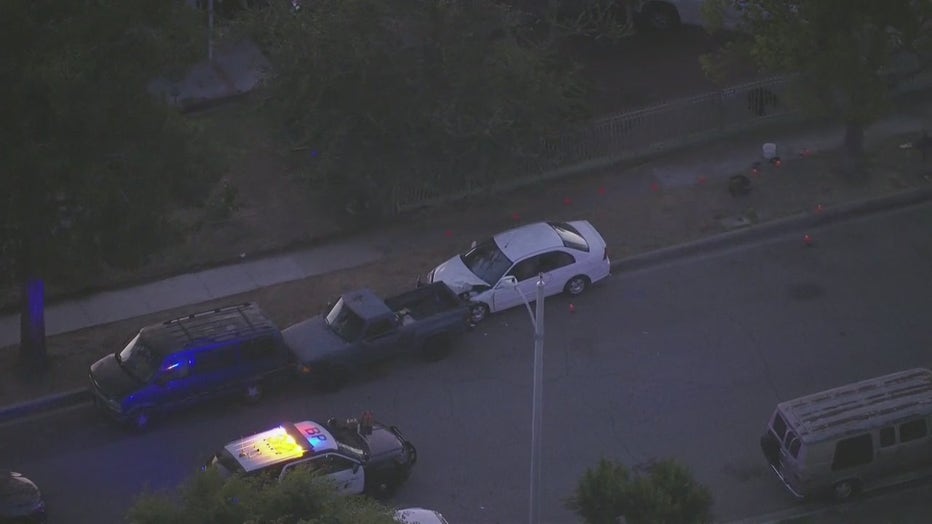 A hit-and-run crash turns into a deadly stabbing in Baldwin Park. (FOX 11)