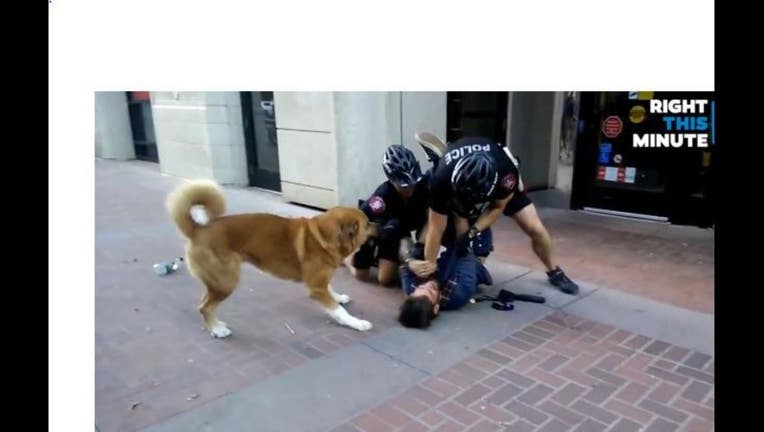 Police in Calgary handled an arrest-gone-bad amazingly well. The man under arrest had his dog with him when police arrived, and ordered his dog to attack the officers.

The officers, while wary, continued to arrest the man without laying a finger on the dog. People nearby took action and calmed the dog, and the arrest concluded without incident.