A man wearing a ski mask was found shot to death with a rifle next to his body near a gas station in downtown Los Angeles, officials said.

LOS ANGELES - Homicide detectives were investigating after a man wearing a ski mask and gloves was found dead shot to death with an AK-47 rifle next to his body in downtown Los Angeles, officials said.

Officials with the Los Angeles Police Department said officers were called to a Chevron gas station located at the corner of Washington Boulevard and Figueroa Street around 3 a.m. Thursday. 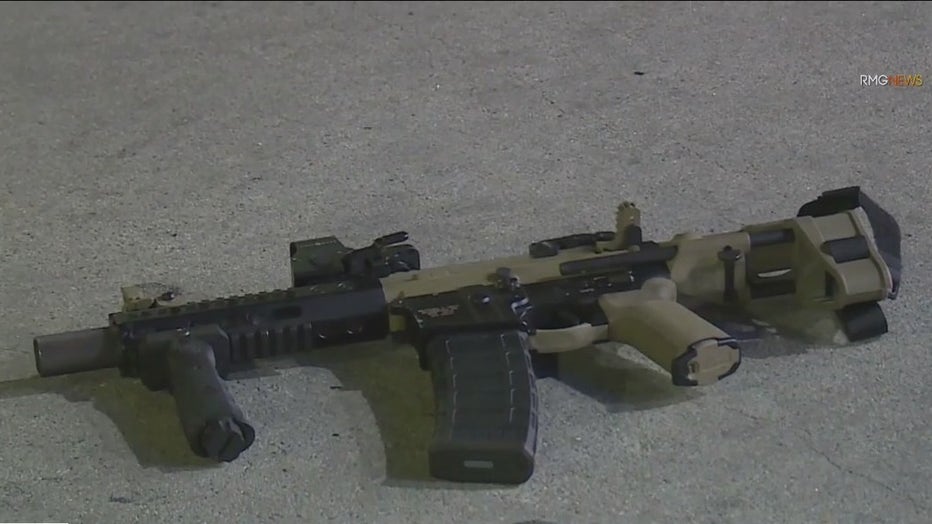 Shell casings were found at the scene as investigators continue to canvass the area for evidence.

No further information was released by authorities.