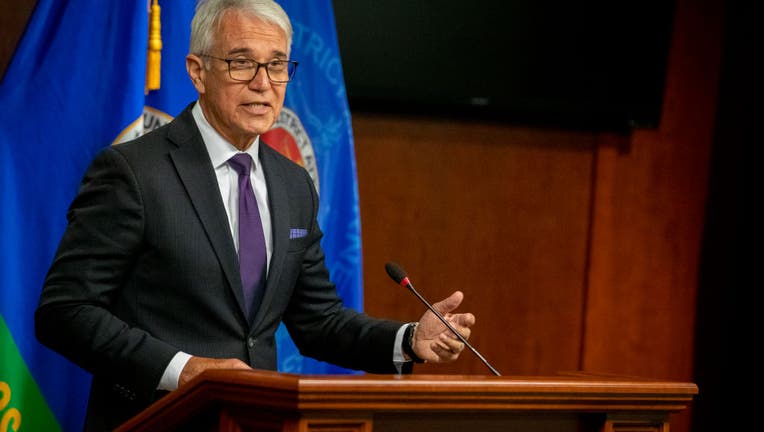 In a lengthy letter to District Attorney George Gascón and his top aides, prosecutor Mark Burnley aired a number of grievances on his last day with the office. Burnley said he has been with the DA's office since 1999 and a prosecutor for 28 years.

"Until December 2020, I thought I had the best job in the world," Burnley wrote, referring to when Gascón took office after unseating incumbent DA Jackie Lacey, in a letter obtained by Fox News Digital. "I am constantly amazed by the expertise and knowledge of the DDAs in this office. They are deeply devoted and have a breathtaking amount of experience.  It’s a shame you cannot or will not recognize that."

In his letter, Burnley said he was told by a member of Gascón's transition team before he took office that there would not be any "dramatic" policy changes. The morning before he was sworn in as the county's top prosecutor, Burnley was informed otherwise, he said.

"Many of us hoped, like Mark Burnley, that George Gascón could run a government office. He made it clear, from the first minute of his administration, that he could not," Eric Siddall, vice president of the Association of Deputy District Attorneys for Los Angeles County, told Fox News Digital in a statement.

"Nothing has changed since then," he added. "Gascón and his cronies have made Southwest Airlines’ executive team look like a bunch of managerial geniuses. Dedicated public servants are leaving the office in record numbers.  Interest in joining the office is at a historic low.  And the people of Los Angeles are paying the price. Burnley is right: competence matters."

Gascón has faced mounting criticism over his progressive criminal justice policies that some say enable criminals and fail to protect the rights of victims. Upon taking office, he issued a number of directives, some of which have been scaled back. The policy changes include a ban on charging juvenile suspects as adults and not charging for criminal enhancements, among others.

He also repealed a long-held policy of notifying crime victims about upcoming parole hearings scheduled for those that harmed them or their loved ones as well as barring a representative from the DA's office from attending those hearings on behalf of victims.

In his letter, Burnley said he believes criminal justice reform is needed, such as alternative sentencing programs for certain defendants as well as diversion programs for those convicted of misdemeanors and non-violent felonies.

"Fifteen minutes of basic legal research would have been more than enough to modify the policies to conform with the law," Burnley said. In one Zoom meeting hosted by Gascón, Burnley said his boss "exhibited a staggering lack of prosecutorial experience and knowledge. For example, you seemed completely unaware of how your policies would impact hate crime and financial crime prosecutions. The combination of arrogance and inexperience was obvious."

In addition to how his office views criminal justice, Gascón has also been accused of retaliating against his own prosecutors who publicly criticize him and point to flaws in his policies.

"You have also shattered the personal and professional lives of scores of people who decided to devote their legal educations to public service," Burnley wrote.

Several veteran prosecutors, including John McKinney, who has won several high-profile cases and John Lewin, both from the Major Crimes Division, and Jason Lustig were moved to lower-level positions.

"Everything he (Burnley) wrote was completely accurate and, unfortunately, completely true," Lewin told Fox News Digital. "From day one, George Gascón went in there, he had no experience as a line prosecutor. He had no desire to protect the public and he had no interest in trying to implement his policies in an intelligent and responsible way."

Lustig told Fox News Digital Burnley is a highly-regarded prosecutor who was completely right in his criticism.

"He is capturing the feeling of George Gascón trying to dismantle the Los Angeles County District Attorney's office," he said. "He's really trying to burn it down to the ground."

Fox News Digital has reached out to Gascón's office. 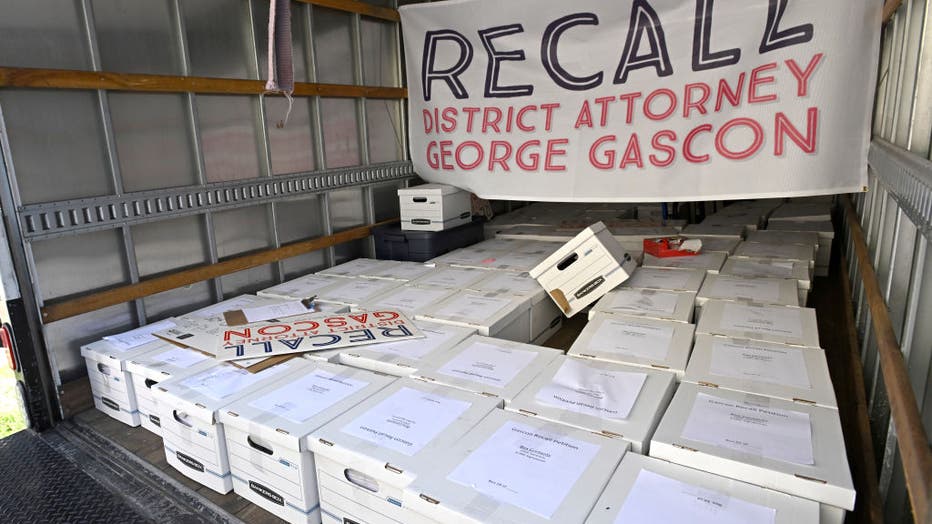 Despite the backlash, Gascón has survived two recall efforts and has weathered criticism from crime victims, law enforcement heads, his fellow district attorneys and elected officials.

"Hopefully you will display more humility and less arrogance during the remainder of your term," Burnley said. "What have you learned from the two recall efforts?  It takes courage and integrity to conduct an honest self-assessment; I doubt you’re up to the task."