The video shows major soccer moments that happened in LA over the last four decades.

The Host Committee selected two iconic stadiums for FIFA and U.S. Soccer to select from… the Rose Bowl Stadium in Pasadena and SoFi Stadium in Inglewood.

The FIFA World Cup 2026 will take place across North America, with host cities in Canada, Mexico and the USA.

The City of Los Angeles is bidding for the opportunity to host ‘multiple matches, a fan festival, and other ancillary events,’ the committee stated online.

According to the committee, FIFA is expected to finalize the 16 host cities from in the first six months of 2022. There are currently 23 candidates to choose from.

The US proposed 17 candidate host cities and 10 cities are expected to be selected in the final round. 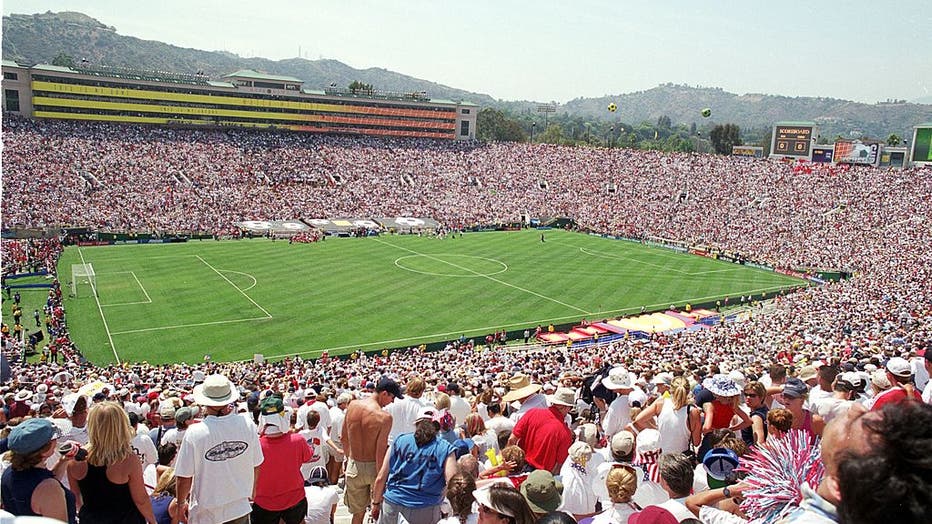 10 Jul 1999: A general view of the Stadium during the Women's World Cup at the Rose Bowl in Pasadena, California. (Credit: Elsa Hasch /Allsport)

"Between its legendary soccer history and world-class fans, Los Angeles has truly distinguished itself as America’s No. 1 soccer city," said Chris Klein, LA Galaxy President. "Members of our soccer community cheer for teams around the world. That passion and diversity, coupled with our city’s elite resources and infrastructure, make Los Angeles an outstanding location for the FIFA World Cup 2026."