LOS ANGELES - Screen time is a big concern for many parents but what do kids want to play with if they are not on a digital device? Conversely, what can they play with on their digital devices which will enrich them?

Hottest tech toys of the season

Learn about the hottest gadgets your kids will want this holiday season.

ToyInsider.com is here with the hottest tech toys of the season for everyone. Watch the video above, then check out the list below to get the details on where you can get these gifts for your family! 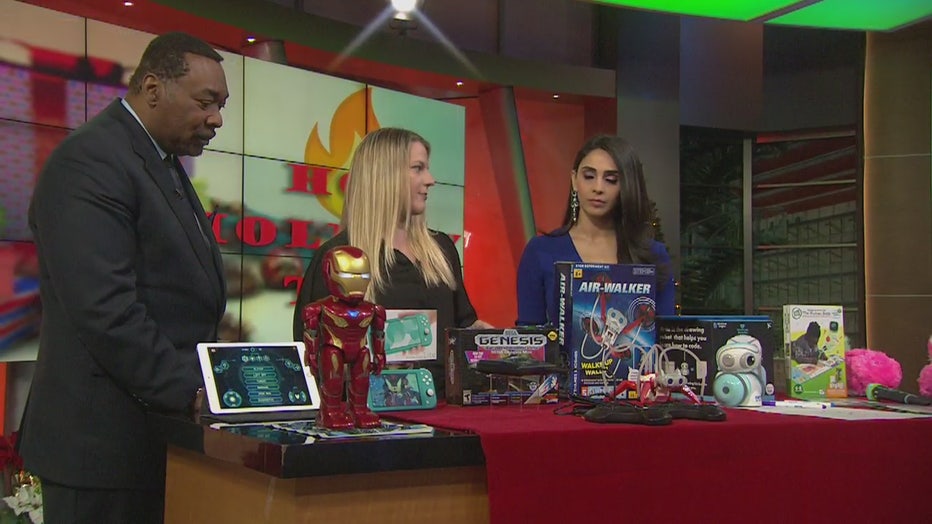 • This walking, talking Iron Man Robot is your portal into the events after Marvel’s Avengers: Infinity War.

• Download the free app for iOS or Android to start the adventure with Augmented Reality Missions, where users can battle drones from the Marvel Cinematic Universe and level up to even battle Thanos and save the world.

• Become immersed in augmented reality (AR) missions to build up your Iron Man MK50 robot's arsenal of Nanotech weaponry. As you complete different levels, earn new weapons and power up your armor to take on greater threats

• Play as Tony Stark and suit up in the iconic MK50 armor to practice your battle skills or use a mobile device to upload your face and custom audio recording to the Iron Man MK50 robot.

•Upload your face and record custom audio phrases to create the illusion that you are wearing Iron Man’s Iconic armor. 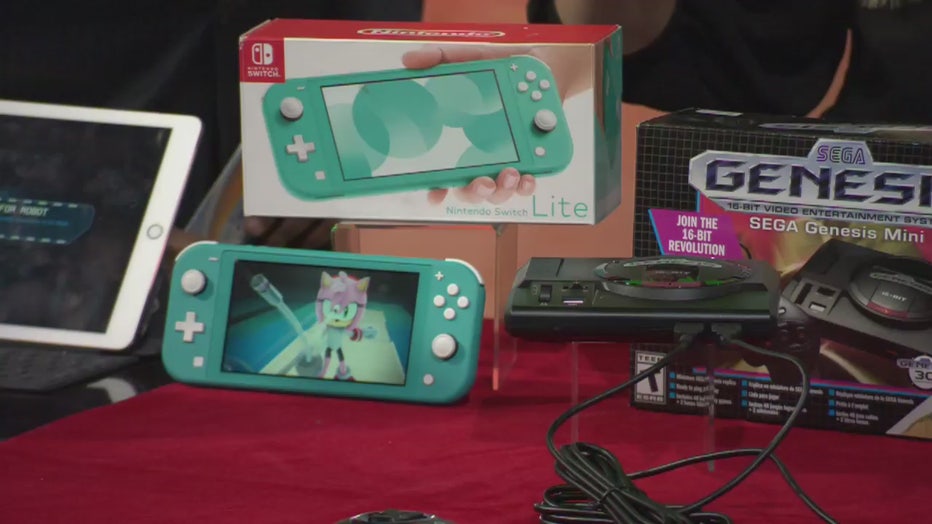 • While the Nintendo Switch can play games on TV or on the go, this compact, lightweight gaming system is a handheld-only version

• It can play all Switch games that are compatible with handheld mode, including those with online play. 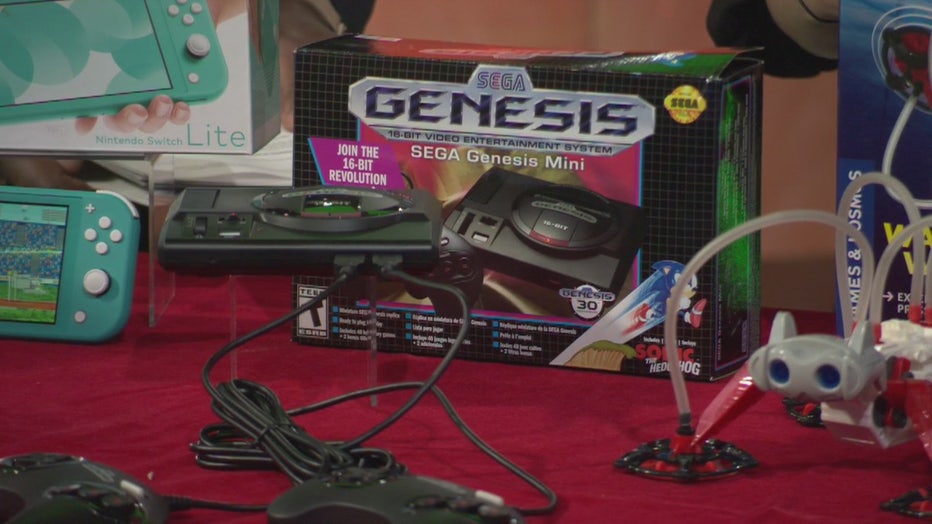 • 55% the size of the original Model 1, accurate replica. 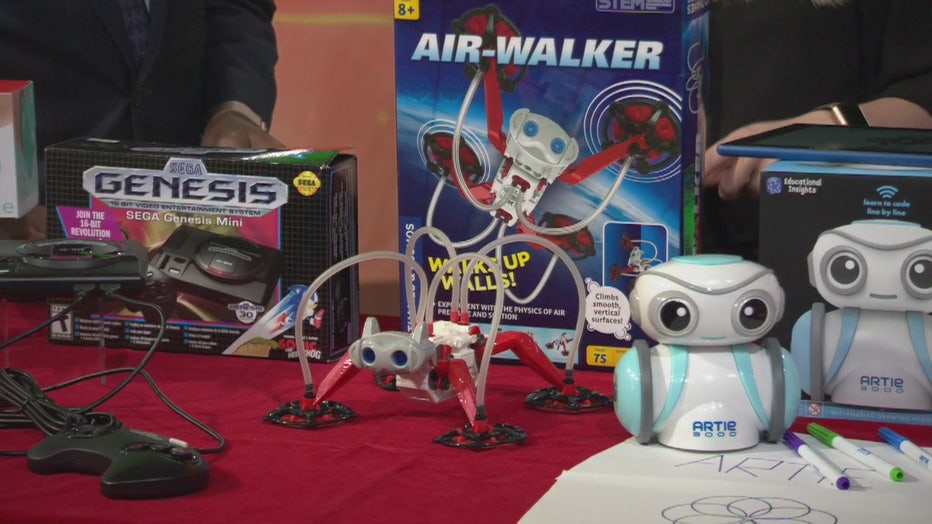 • A robot that defies gravity?! That’s what you get with Air-Walker, a four-legged bot that uses an ingenious system of suction cups and pumps to crawl along smooth, vertical surfaces like windows

• A follow-up to the award-winning Geckobot STEM experiment kit, Air-Walker uses technology similar to that found in its reptilian predecessor, but with easier assembly

• Your Air-Walker can crawl in a straight line, to the left, or to the right, while a special mechanism makes the robot’s head move back and forth as its body moves forward

•You can also build four other models with the same components and learn how suction and mechanical devices can be used in different real-world applications.

• A vacuum-suction machine sticks to and lifts flat panels, while a robot with just two suction cups rotates around a central pivot point 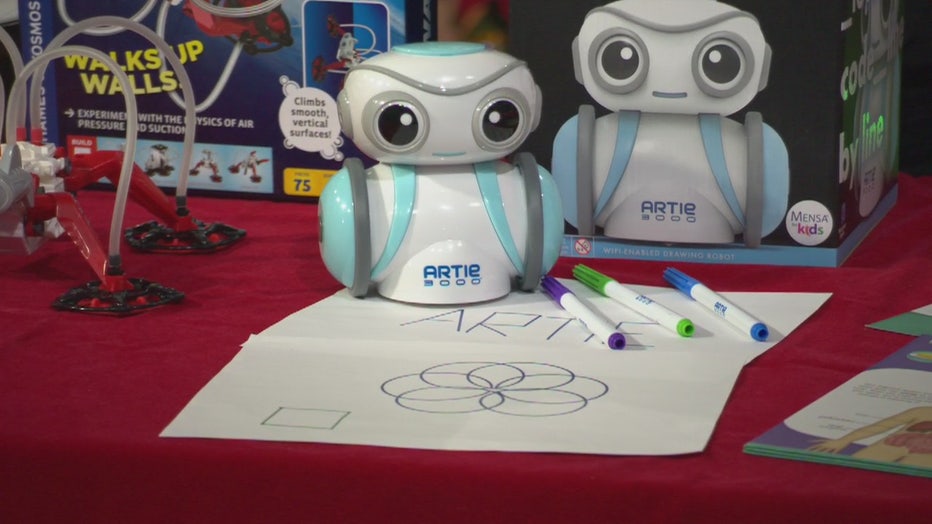 • The easy-to-use drag and drop programming can be used on a Mac, PC or tablet

• As kids tell Artie what to draw next, they learn left-brain skills like basic programming, geometry, and math, while engaging the right side of their brains to create cool, colorful designs 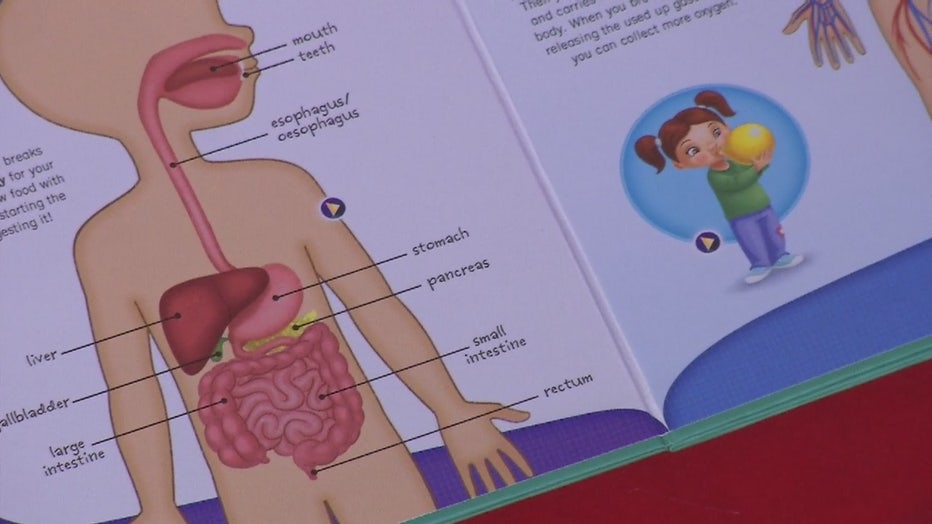 • Holds up to 13 LeapStart animated books

•Not compatible with LeapReader® books 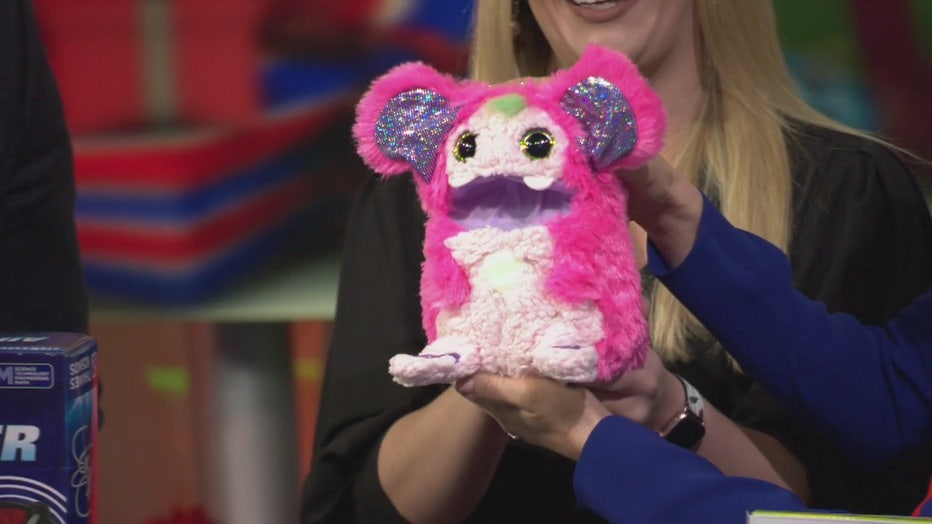 RIZMO (TOMY)
•From the far reaches of the Universe, comes the first-ever "Evolving Toy that listens, learns, remembers and grows

• Rizmo has traveled to Earth in search of love, music, and dance. As kids interact, cuddle, sing and play with Rizmo they will be surprised to experience the evolution of Rizmo over time as it grows & evolves from adorable baby Rizmo to playful kid Rizmo and ultimately the fun, music-loving adult Rizmo

• There are many games and ways to play with your Rizmo. You can make music in "Music Maker" mode and even have Rizmo sing back the songs you sing in "Sing Back" mode

• It might even remember songs from its baby stage! Many Rizmos came to Earth! Which Rizmo will you get?