The company tasked with locking down the assets of the failed cryptocurrency exchange FTX says it has managed to recover and secure $740 million in assets so far, a fraction of the potentially billions of dollars likely missing.

Do you ever wonder why traffic comes to a standstill for no apparent reason? Researchers say the problem is you.

The newest round of departures means the platform is continuing to lose workers ahead of the World Cup, one of the busiest events on Twitter.

Google has agreed to a $391.5 million settlement with 40 states to resolve an investigation into how the company tracked users’ locations.

FTX is struggling to account for money that went missing hours after it filed for bankruptcy. Billions of dollars are unaccounted for right now.

Prosecutors called Ramon Abbas, known online as Ray Hushpuppi, "one of the most prolific money launderers in the world."

In a mass email, Elon Musk reportedly told employees that changes would be difficult and there was "no way to sugarcoat the message."

Your company’s next “all-hands” meeting could be at an AMC movie theater.

Voters are likely to encounter rumors, hearsay, and misinformation. Here are some tips for navigating social media on Election Day, and in the days or weeks that follow.

Whoopi Goldberg is joining in on the celebrity exodus from Twitter in the wake of Elon Musk’s takeover.

Next generation first responders use technology to not only save the lives of victims, it saves the lives on those first on the scene too.

Twitter began widespread layoffs Friday as new owner Elon Musk overhauls the social platform and some employees filed a class action lawsuit alleging not enough time was given to them before getting the boot.

The story of Twitter's blue checkmarks — a simple verification system that's come to be viewed as an elite status symbol — began with some high-profile impersonations, just as the site began taking off in 2008 and '09. 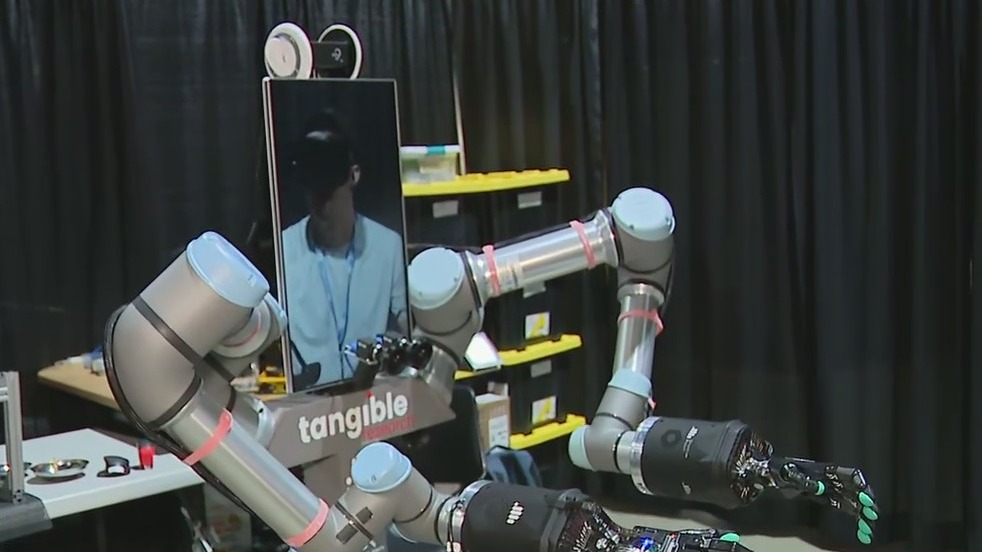 Seventeen teams from 10 countries will arrive in Long Beach November 4-5 to compete for $8 million in prizes. Their quest: to design an avatar robot that allows users to transport their presence, senses, and actions to a remote location in real time, creating the sensation that they are actually there.