LOS ANGELES - Los Angeles police are searching for the driver of what appeared to be a Dodge Avenger who seriously injured a man walking in a crosswalk downtown, police said Sunday. 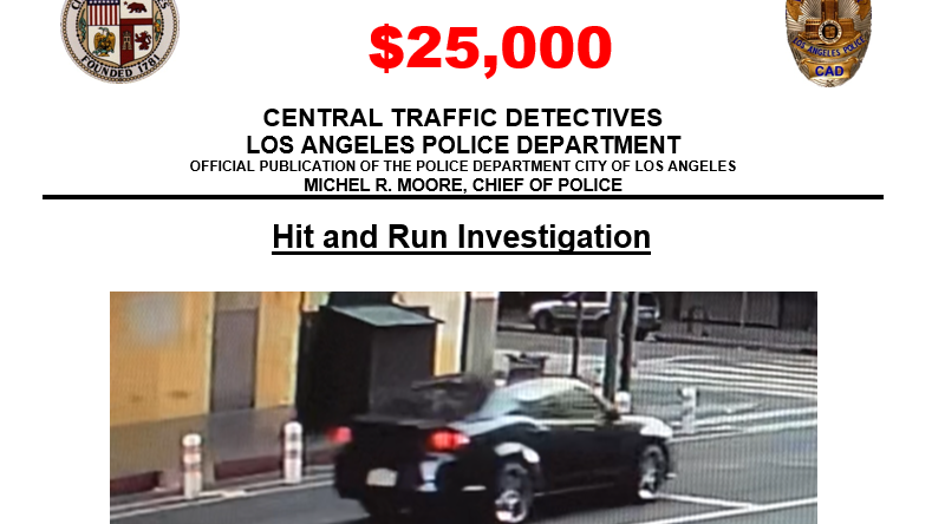 The crash took place at about 6:55 a.m. Sunday in a crosswalk at Broadway and Seventh Street, police said.

According to police, the driver of the reported Avenger ran a red light and hit the pedestrian.

The vehicle, which was heading east on Seventh Street, continued until it stopped at Spring Street, where the driver got out, looked at the damage to the car and then fled the location without rendering aid, police said.

The victim was taken to a hospital with serious injuries.

The city of Los Angeles is offering a $25,000 reward for informationleading to the arrest and conviction of the hit-and-run driver.

The suspect is described as heavyset wearing a yellow vest, police said.

Anyone with information on the crash was asked to call the LAPD's Central Traffic Division Detective DeHesea at 213-833-3713 or email the detective at 31161@lapd.online.