Seven police agencies in four SoCal counties are working together trying to determine the same man is wanted in a string of armed robberies.

LOS ANGELES - The Los Angeles Police Department released information about several robberies in the San Fernando Valley Tuesday, and say the same man is responsible for all of them.

The department says it is also working to determine whether the suspect in those robberies is the same man who police say is responsible for at least five armed robberies and several shootings at 7-Eleven locations across San Bernardino, Los Angeles and Orange counties early Monday morning. 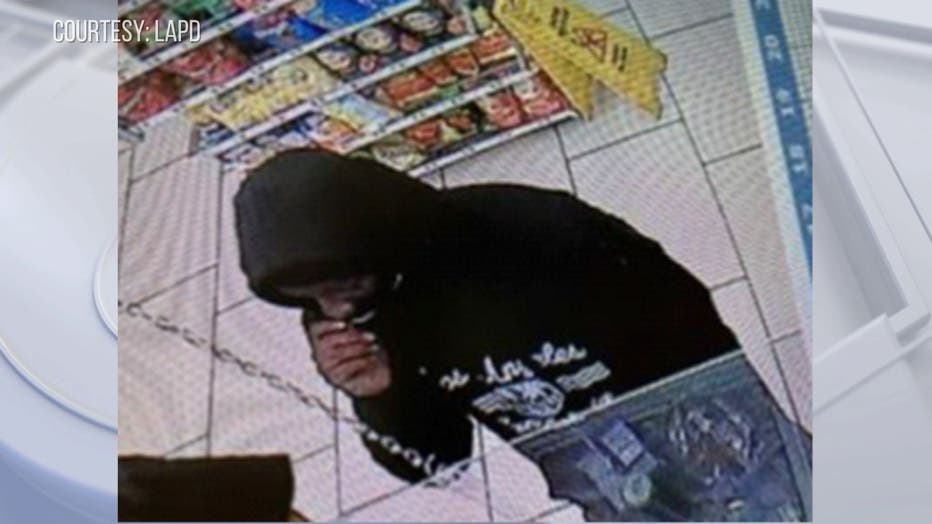 SUGGESTED: 7-Eleven robberies: Manhunt on for gunman who killed 2 in 6 incidents across SoCal

According to LAPD, four robberies happened in the early morning hours of July 9th at two at convenience stores and two at donut shops.

On Wednesday, FOX 11’s Gigi Graciette spoke to the owner of one of the donut shops that was held up at gunpoint.

"They pointed the gun at her [his wife] demanding the money, so after I came out, he saw me and grabbed her and put the gun at her," he recalled. 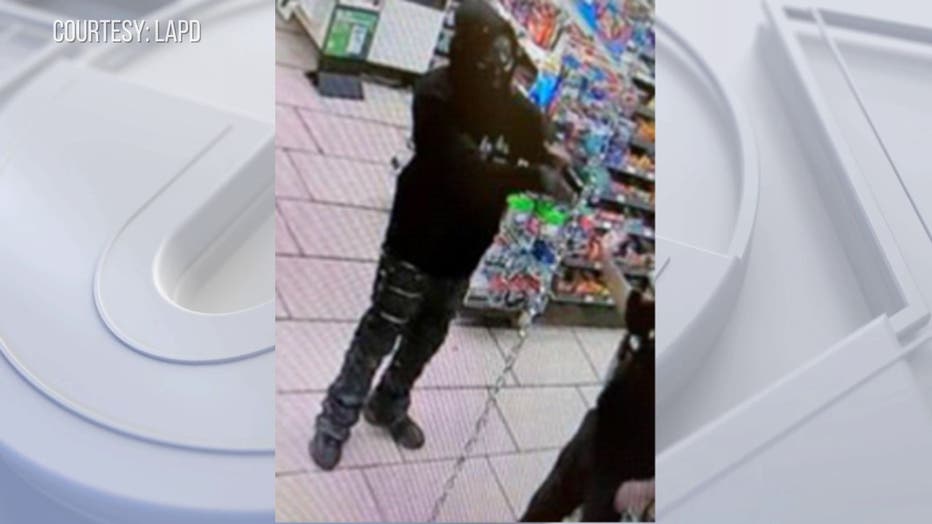 In a press conference Tuesday, LAPD Deputy Chief Alan Hamilton said that because all four robberies happened in close proximity, they believe that the suspect is local and that they may even be a local transient. In each of the robberies, police say the suspect used a gun to demand money from store cashiers, and that no one was hurt.

The suspect is between 25 and 30 years of age, between 5 feet 7 inches and 5 feet 10 inches tall, and weighs between 160 and 180 pounds. He was seen wearing a black hooded sweatshirt, a black face covering and dark jeans. 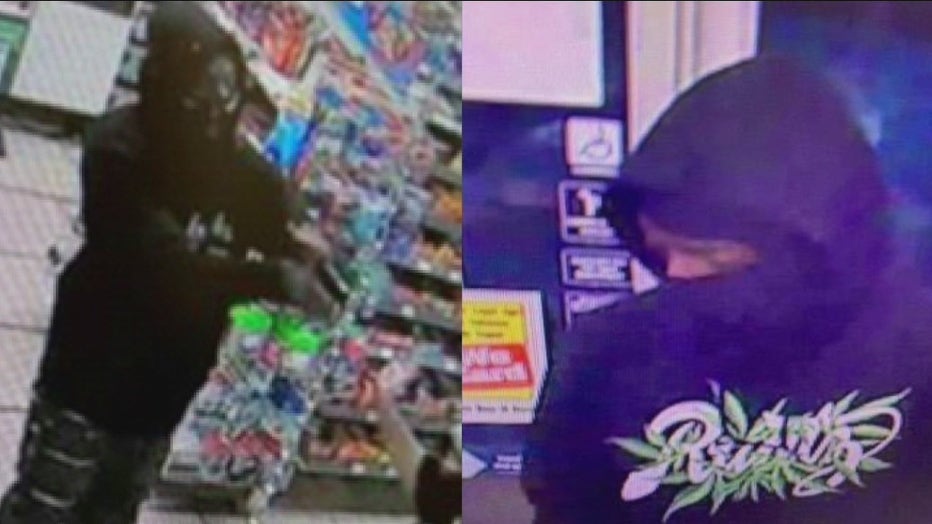 The LAPD revealed Wednesday that they are also looking into the murder of a homeless man found on Parthenia Street not far from the first 7-Eleven that was robbed on Saturday.

Hamilton says the department is working to determine whether the suspect in these four robberies is the man thought to be behind at least five of six robberies at 7-Eleven locations early Monday morning, though said images from the scenes of the North Hills robberies make that connection difficult to determine.