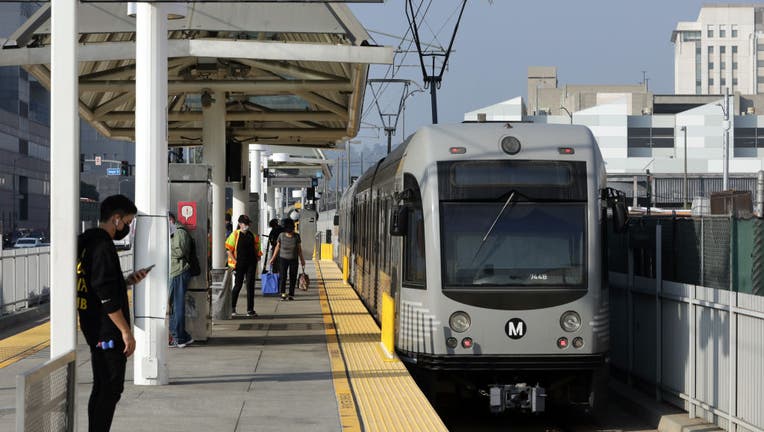 The Board voted to advance the first phase of the West Santa Ana Branch Project segment to connect the future Pioneer Station, at Pioneer Boulevard in Artesia, with Slauson Station, in the Florence area near South Los Angeles. The second phase of the project would connect Slauson Station with Union Station.

"This is really an important moment for the West Santa Ana Branch, which will someday deliver this high-quality transit to our southeast L.A. and our gateway cities," said Supervisor Janice Hahn, who is a member of the Los Angeles Board of Directors.

The timeline for the first phase of the project, according to Metro staff, is for the Final Environmental Impact Report to be certified in winter 2022, construction to begin in 2023 and the segment to be complete in 2033 to 2035. The final segment from Slauson Station to Union Station segment could take decades to open.

"We've been talking about this for nearly 30 years. Our community should not have to wait another 30 years to finally get this transit line that we promised," Hahn said.

Hahn introduced a motion, which the Board also approved Thursday, aimed at ensuring the project is not declared complete until it provides a single-seat ride connecting Artesia to Union Station. The motion also calls for Metro to pursue accelerated construction and funding for the project.

"I want to reiterate that anything less than this one-seat ride is just a segment and it is not going to be called the project," Hahn said.

Her motion also called for Metro staff to include in its study of the Slauson Station-to-Union Station segment a plan to include a station in Little Tokyo, an addition supported by many community members.

Elected officials and residents from several of the communities called into the meeting to express their support, as well as call for the entire line to be accelerated.

"A lot of our residents depend on the bus, and this project is needed to provide them with another way to get to work and to see their families," said South Gate Councilmember and Eco-Rapid Transit Boardmember Maria Davila.

"This light rail will provide L.A. County residents with expanded access to health care, education and cultural destinations. We have been planning this project for 30 years and we need to get this project completed from Artesia to downtown L.A."

The $8 billion project is currently partially funded through local sales tax revenue and state funding, and Metro Board members said it would pursue federal funding through the Bipartisan Infrastructure Law and President Joe Biden's Justice40 Initiative.

Rep. Linda Sanchez, D-Whittier, spoke to the Metro Board of Directors ahead of the vote to say that the project is "well positioned for robust federal funding, because it really is an issue of environmental justice that residents of the Gateway region finally can reap the benefits of clean and affordable light rail."

"It's an opportunity to build more jobs, to build more housing and to allow for less greenhouse gas emissions and pollution in the area," she said.