LOS ANGELES - A Los Angeles woman and her husband have settled "in principle" a lawsuit they filed against a fertility clinic in which they alleged she gave birth to the wrong child in 2019 after doctors implanted a stranger's embryo into her body during an in vitro fertilization treatment.

"The parties are pleased to advise that they have reached an agreement in principle to settle this matter," the plaintiffs' lawyers stated in their court papers while asking that all future hearing dates be canceled. 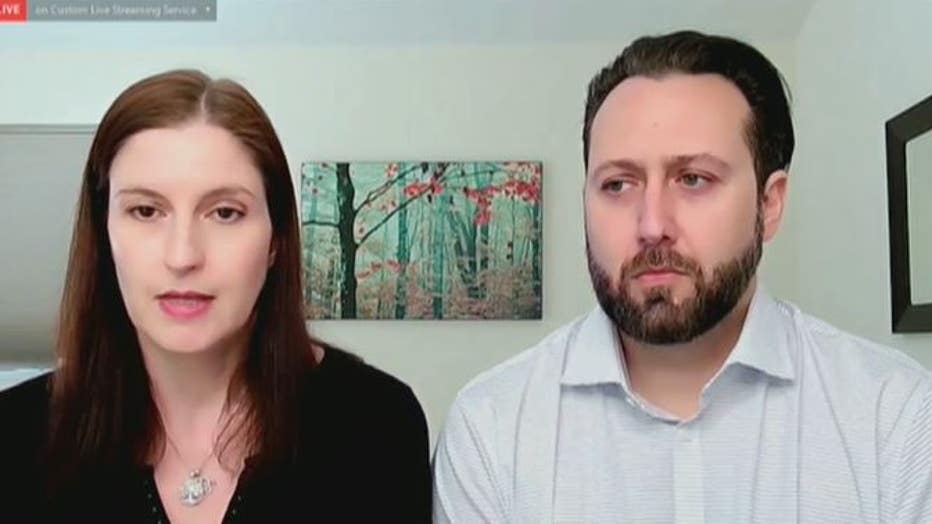 The court papers did not divulge the prospective settlement terms. In their court papers, lawyers for the defendants disputed the plaintiffs' claims.

"There is no credible allegation that Dr. More was aware the embryo he transferred to Daphna Cardinale had been mislabeled or mixed up and was not her embryo," the defense attorneys stated in their court papers.

In the suit brought last Nov. 8, the couple contended that the center and Mor "recklessly, negligently, and/or knowingly lost or actively decided" to give the couple's embryos to another couple, "while implanting the wrong embryo in Daphna."

According to the suit, when the Cardinales first saw their healthy newborn daughter in September 2019, one of the first things they noticed was that, unlike the rest of their family, the baby had a much darker complexion and jet-black hair.

"Genetic testing revealed that the baby Alexander and Daphna delivered and raised for months was not genetically related to them," according to the couple's attorneys. "Their baby was the biological child of complete strangers."

Unknown to the Cardinales at the time, Mor was also the owner of In VitroTech Labs "and was engaged in self-dealing from one company to the other," the lawsuit alleged.

IVF is a procedure during which eggs are fertilized by sperm in a lab before being implanted in a woman's uterus.

"We came to it with incredible vulnerability and trust in our doctor and in the process. We had no idea, at the time, that this greatest potential for joy would bring us such enduring pain and trauma. After discovering the truth of what had happened to our family, I was overwhelmed with fear, betrayal, anger, and heartbreak. It was torture that shook me to my core and forever changed who I am."

According to the suit, the other couple also carried to term and gave birth to a baby girl -- the Cardinales' biological child -- and raised her for months before the mistakes were uncovered and proven.

As a result of the errors, the Cardinales did not even know of their biological daughter's existence until she was 3 months old, the plaintiffs alleged.

"Another month passed before they would finally bring her home for good," the couple's attorneys said. "Meanwhile, they were forced to give up forever the daughter whom Daphna carried to term and with whom their whole family had irrevocably bonded. The long-term consequences of this baby swap continue to haunt their entire family."

The Cardinales' "pain and fear have not abated with their reunion with their daughter," according to their lawyers, who alleged that both the couple and their older daughter have suffered "life-changing emotional damages necessitating continuing mental-health treatment" and severe physical-health problems.

The couple met in 2002 and married in June 2006. They also have another daughter who was born in April 2014 after being conceived naturally, the suit states.