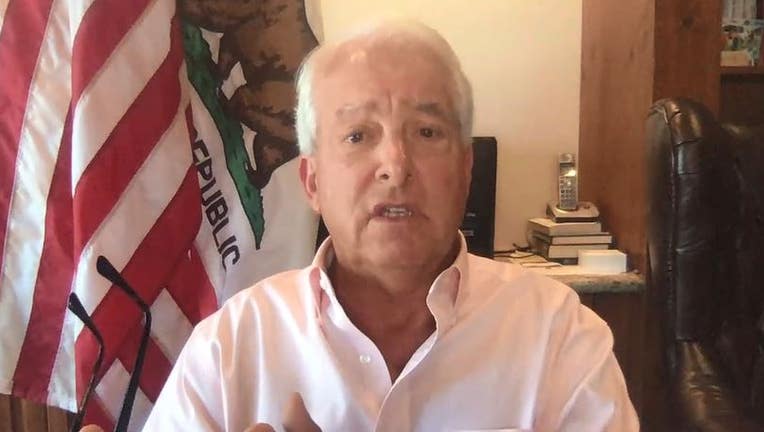 Two years after losing to California Governor Gavin Newsom in the 2018 Gubernatorial race, businessman John Cox revealed to FOX 11’s Elex Michaelson that he is launching an exploratory committee to potentially take on Newsom again in 2022.

“I love California, I love living here, it’s the best state in the country as far as I’m concerned,” Cox said, before warning that California is a state in crisis, a crisis that is “not going to get any better without somebody who knows something, somebody who’s had experience solving problems.”

Among the most pressing problems facing California, Cox cited an “inconsistent” response out of Sacramento to the coronavirus that has led to skyrocketing unemployment, small businesses “literally getting crushed,” and the inability of parents to send their kids to school.

In addition to those COVID-induced issues, Cox also highlighted a number of campaign issues he ran on in 2018 that he says have yet to be dealt with.

“The incredible housing cost that we’re incurring in our state, the homelessness crisis, these things have gotten worse, not better,” Cox said. “Now we’re having fires that have fouled the air and threatened people all over the place, we’re spending, still, tons of money on a bullet train instead of spending it on more and better aircraft and firefighters. On top of that, we have electricity that’s not available on a regular basis.”

Now that Cox has likely thrown his hat into the ring, Michaelson asked how he plans to pull off a victory against Newsom this time around.

Despite the deficit, Cox reminded Michaelson that roughly a quarter of California’s 21 million voters are registered under “no party preference,” an indication, he believes, that there is a large swath of voters who don’t trust either of the two major parties.

“A lot of people in this state are not happy with the quality of life,” Cox said. “We love the weather, we love the natural beauty of this state, but they’re not happy with the housing costs, with the cost of living in general, and now we have unemployment, and jobs, and public safety, which is an issue as well, so there’s a lot of things that are going on here that I think people want to see fixed, they want to see better management, and I’ve had 40 years of experience doing that, building a successful business, and I think I can apply those tools to making California better for a lot of people.”

Cox added that he believes his decades in the private sector better prepare him to take on the state’s challenges than Newsom, who he said was a “career politician” and “overmatched,” adding that given his ambitions beyond the California statehouse, Newsom has been beholden to “the elites and the special interests in Sacramento.”

While Newsom himself has not reacted to Cox’s early entrance into the 2022 race, Addisu Demissie, a political consultant who managed Newsom’s 2018 campaign responded via Twitter, cheekily writing “Great News.”