IRVINE, Calif. - An Orange County man was arrested on federal charges alleging he fraudulently obtained about $5 million in Payment Protection Program loans for his sham businesses, then used the money on himself, including purchasing Ferrari, Bentley and Lamborghini sports cars.

Mustafa Qadiri, 38, of Irvine, was named in a federal grand jury indictment returned Wednesday charging him with four counts of bank fraud, four counts of wire fraud, one count of aggravated identity theft, and six counts of money laundering, according to the U.S. Attorney's Office.

Qadiri surrendered to law enforcement and was expected to make his initial appearance Friday afternoon in Santa Ana federal court.

According to the indictment, Qadiri claimed to have operated four Newport Beach-based companies, none of which are currently in operation: All American Lending Inc., All American Capital Holdings Inc., RadMediaLab Inc. and Ad Blot Inc. In May and June of last year, he allegedly submitted false and fraudulent PPP loan applications to three banks on behalf of those companies, according to court papers.

The false information included the number of employees to whom the companies paid wages, altered bank account records with inflated balances, and fictitious quarterly federal tax return forms, according to federal prosecutors. Qadiri allegedly also used someone else's name, Social Security number and signature to fraudulently apply for one of the loans.

Relying on the false information, the banks funded the PPP loan applications and transferred about $5 million to accounts Qadiri controlled, according to the indictment.

Qadiri is accused of using the fraudulently obtained PPP loan proceeds for his own personal benefit, including for expenses prohibited under the requirements of the PPP program, such as the purchase of luxury vehicles, lavish vacations, and the payment of his personal expenses. 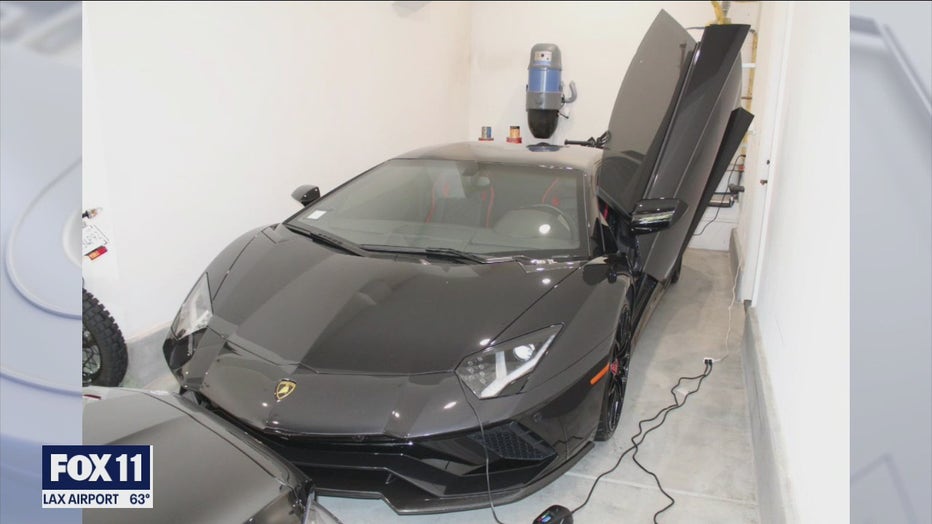 Federal agents have seized the Ferrari, Bentley and Lamborghini cars that Qadiri purchased with the allegedly fraudulently obtained PPP loans, along with $2 million in alleged ill-gotten gains from his bank account.

The Coronavirus Aid, Relief, and Economic Security Act was designed to provide emergency financial assistance to millions of Americans suffering the economic effects resulting from the COVID-19 pandemic. One source of relief provided by the CARES Act is the authorization of up to $349 billion in forgivable loans to small businesses for job retention and certain other expenses through the PPP. In April, Congress authorized more than $300 billion in additional PPP funding.

The PPP allows qualifying small businesses and other organizations to receive loans with a maturity of two years and an interest rate of 1%. Businesses must use PPP loan proceeds for payroll costs, interest on mortgages, rent and utilities. The PPP allows the interest and principal to be forgiven if businesses spend the proceeds on these expenses within a set time period and use at least a certain percentage of the loan toward payroll expenses.