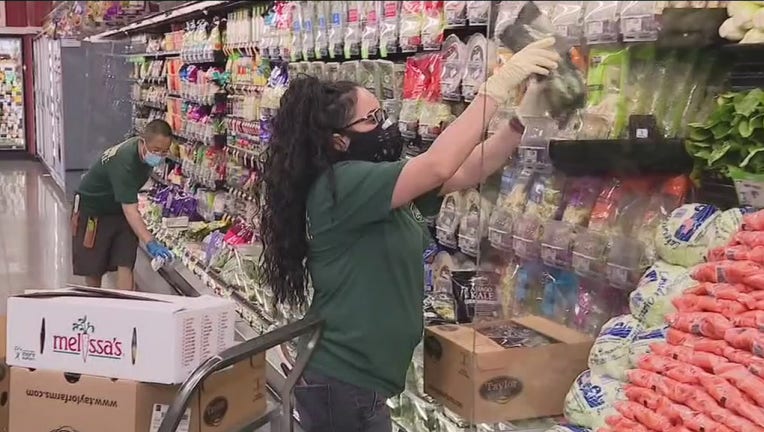 IRVINE, Calif. - Irvine became the first city in Orange County to implement a hazard pay for grocery and pharmacy workers in the area Tuesday.

With the new ordinance, grocery and pharmacy employers to pay workers an extra $4 per hour in "temporary hazard pay wages" for 120 days.

Long Beach also introduced a "hero pay" plan earlier in the year. The plan was met with controversy as Ralphs and Food 4 Less, both owned by the parent company Kroger, announced they would shut down 25% of their stores in Long Beach following the city council's ordinance.