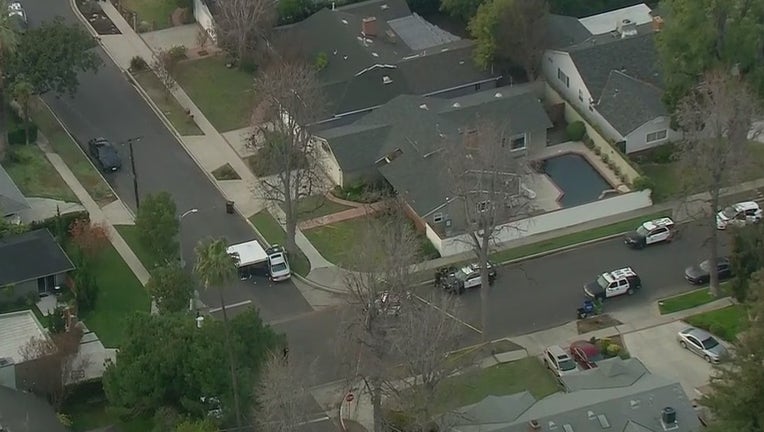 LOS ANGELES - A homicide investigation was underway after shots rang out in a quiet San Fernando Valley neighborhood on Thursday morning, police said.

The shooting was reported in the Sherman Village area near the intersection of West Magnolia Boulevard and Coldwater Canyon Avenue.

A homeowner told investigators he witnessed a man that he believed was casing the neighborhood and thought he was planning to rob a home or a car.

The suspect then lost control of the vehicle and crashed into a nearby tree.

LAPD said the homeowner was waiting for officers when they arrived and was performing CPR on the man he shot.

"Well, we live in Los Angeles. So, it feels like a nice and quiet neighborhood, but the reality is, there are things going on all the time in LA," a neighbor who heard the gunshots said.

LAPD said the homeowner was cooperative upon questioning.

The suspected burglar was described as a man in his 50s and his name has not been released.