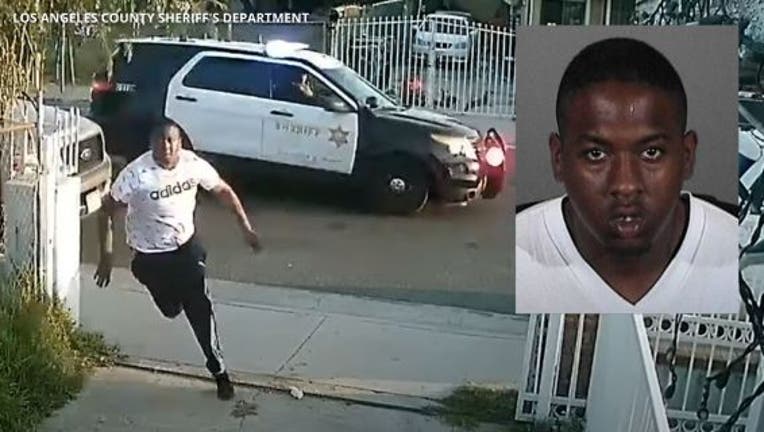 LOS ANGELES - A coroner's inquest began Jan. 28 into the death of Fred Williams III, who was fatally shot by a sheriff's deputy in October, but the hearing was adjourned for the day when two deputies involved in the case declined to testify, claiming Fifth Amendment protections and two homicide detectives declined to testify, citing concerns about compromising their ongoing investigations.

The inquest, which began about 9 a.m. Thursday, was being conducted by retired California Court of Appeals Justice Candace D. Cooper, who also conducted the November inquest into the death of 18-year-old Andres Guardado, who was fatally shot by a deputy near Gardena. That inquest was the first in Los Angeles County in more than 30 years.

Thursday's inquest was conducted from the Kenneth Hahn Hall of Administration, with witnesses testifying from remote locations because of COVID-19 protocols.

Williams, 25, was fatally shot while running from deputies in the county's Willowbrook area on Oct. 16 while armed with a handgun.

The Los Angeles County Sheriff's Department released body camera footage on Oct. 30 of the shooting, which shows Williams on top of a garden shed with a firearm in his hand as he jumps into the yard of another property, at which point a deputy shoots him. Williams died at the scene.

The coroner's office earlier listed the cause of death as "gunshot wound of back."

The inquest began with brief testimony from Dr. Vadims Poukens, the deputy medical examiner who conducted the autopsy, who restated his findings. Poukens said he believed Williams' back was toward the deputy when he was shot, but he could not determine if Williams was turning at the time.

Coroner's Investigator Lianna Darabedyan, who went to the scene and investigated the death, then testified that Williams had been wounded in the upper left back.

And Los Angeles County Fire Department Firefighter/Paramedic Richard Johnson, who was dispatched to the shooting site, said Williams had been shot in the back and died at the scene.

After a brief recess, Cooper announced that the sheriff's department had provided her with a "sealed folder" of records about the case, but the information in the sealed records would be excluded from the public record at this time.

Video footage was then shown at the hearing that was previously released by the Los Angeles County Sheriff's Department. The approximately 12- minute video included law enforcement radio transmissions, security images showing deputies chasing Williams, body cam images from the deputies, and images of Williams with a handgun in his waistband and in his hand.

A deputy can be heard on the video saying, "He pointed a gun at me." That allegation is not clear in the footage.

After showing the video, Cooper announced that the two deputies involved in the shooting incident had been subpoenaed to testify. Cooper said one deputy had provided her with a signed written declaration he would decline to testify based on Fifth Amendment protections, and Cooper said she would accept that declaration.

Cooper then said the second deputy had indicated via an attorney that he would also not testify for the same reason, but she said that was not acceptable to her, and that she would require a signed written declaration from the deputy personally. The issue was pending.

Next, sheriff's Detective John O'Brien, one of two homicide detectives assigned to investigate the shooting, testified that because the investigation was ongoing, he would decline to answer questions about the case that could involve confidential information provided to Cooper under seal "as it may compromise the investigation." Cooper excused him from additional testimony.

The second sheriff's detective assigned to investigate the shooting --O'Brien's partner, Detective Christopher Dimmitt -- also declined to answer questions about the investigation for the same reason, and Cooper excused him from additional testimony.

At that point, Cooper said no further witnesses were planned, and there would be no further business conducted in public Thursday. However, she stressed that she still needed a signed document from the second deputy involved in the incident.

Cooper added that: "There are no further witnesses based on my review of the records that need to be called in this proceeding. I will adjourn to review the materials and the records that I have received in order to reach my determination. Again, I'm still going to be waiting for the missing declaration from the remaining deputy. If the information that is publicly available is sufficient for me to reach the conclusions required for the coroner's inquest, then I will be able to move forward with that result. ... I believe that concludes all that is necessarily to be done today -- there are no further witnesses to be called -- and I'm not going to conclude, I'm going to adjourn this hearing ... and we will see what we can do to track down that remaining declaration."

Cooper then adjourned the hearing for the day about 11:20 a.m. She did not indicate when the hearing might reconvene, or when she would issue her determination on the case.

Photos released by the sheriff's department shows Williams with a handgun at his waist as he runs through the yard of a residence in the 2200 block of East 122nd Street.

The sheriff's department alleges that Williams "engaged the deputy by pointing his firearm at him, at which point a deputy-involved shooting occurred." In the footage, a gun is visible in his hand, but not clearly pointed at the deputy.

The deputy, who at the time did not know if Williams was struck by gunfire, then broadcasts on his emergency radio that the suspect jumped into another yard and pointed a gun at him.

Deputies recovered a loaded pistol, which the department said was not registered to Williams, who was on parole and prohibited from owning a firearm.

"I have watched the coroner's inquest with great anticipation. I was hoping to learn more, that the light of transparency would be shined on this tragic case. Instead, I was gravely disappointed by the charade that I was forced to witness...particularly disappointing was the staged refusal of the investigating detectives to comment on any aspect of their investigation, citing evidence code restrictions for the reasons supporting their refusal. It was a Kabuki dance between the county detectives and the county lawyers, reading the anticipated dialogue, thereby refusing to answer any substantive questions concerning their actions and observations. I now have to speak to Mr. Williams' mother, trying to lessen the emptiness that she feels. She is left with more questions than answers. I call it a due process farce, a wasted opportunity for justice."

The victim's father, Fred Williams Jr., told the Los Angeles Times after the sheriff's footage was released: "The video clearly shows there was never a gun pointed in (the deputy's) direction."

Medical Examiner-Coroner Jonathan Lucas recently told the Civilian Oversight Commission no other inquests were planned, and he hoped that his office would have an opportunity to step back and thoughtfully consider a policy governing inquests once the Williams inquest was completed.

Lucas indicated that an inquest offers little additional insight into the manner or cause of death, but acknowledged that it addresses public calls for transparency.

"The inquest is an old, old tool and it really predates the modern era of scientific advancement," Lucas said, noting that as its utility came into question, the inquest was largely eliminated as a practice by most large jurisdictions.

Commissioner Priscilla Ocen and others said that the open forum was critical to public trust.

"The inquests, I think, are doing a tremendous public service so that there's more transparency, people can see that these investigations are being taken seriously at least by somebody in the county," Ocen said.

Ocen and other commissioners expressed concern that multiple members of the sheriff's department declined to answer questions during the Guardado inquest, citing advice from attorneys.

Both Lucas and a county lawyer told the commission that they were hopeful that members of the department would be more forthcoming at the Williams inquest.