Principal threatened with zip-ties by father, 2 men over COVID-19 policy

An Arizona father was arrested after he and two others threatened to make a citizen's arrest on a principal over an elementary school's COVID-19 protocols.

TUCSON, Ariz. - An Arizona father was arrested Thursday after he and two others threatened to make a citizen's arrest on a principal Thursday morning over a school's COVID-19 protocols

According to Vail Unified School District officials, a student at Mesquite Elementary School was asked to quarantine at home for at least one week after he reportedly was in contact with an individual who had tested positive for the coronavirus.

On Thursday, the student’s dad allegedly walked into the school with his son and two other men carrying zip-ties before confronting the principal, protesting the decision over the school’s quarantine policy. 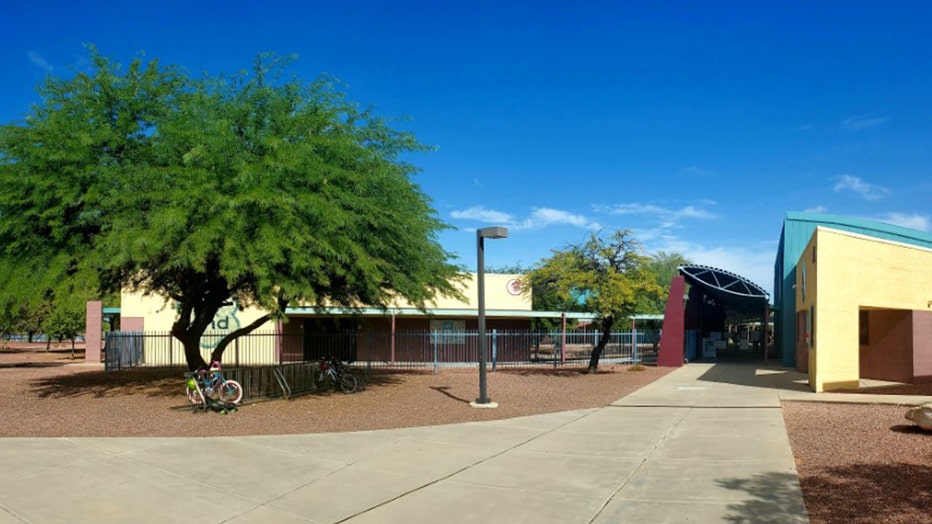 The school’s principal, Diane Vargo, told FOX Television Stations that the men threatened to call local authorities and conduct a "citizen’s arrest" if the student was not allowed to come back to the classroom.

"I had three large men in my office, and, one of them was blocking my doorway with large military zip ties," Vargo shared. "I felt threatened."

According to Vargo, when the group went into her office, she tried to de-escalate the situation by listening to the men’s concerns.

"I felt a little violated to have him in my office," Vargo said. "I was terrified."

After the conversation, Vargo left the office and asked the men to leave the school grounds. When they did not leave, she said she called the police.

The group left the scene before Tucson Police Department officers arrived at the school, but officials said that no one was harmed in the incident.

VUSD said the quarantining decision was made following state health policies, saying that when a school in Arizona experiences a positive case of COVID-19, it is required to report the case to its county health department — in Vail's case, Pima County Health Department. Then the county decides which individuals need to quarantine in order to prevent a potential outbreak in the community.

"Schools work with their local health departments, in this case, Pima County’s, on decisions involving quarantine. That is our guidance," the Arizona Department of Health Services told FOX Television Stations.

Vargo said she reached out to the district health department and verified that they have been following the law.

"We are just trying to keep our schools open for our kids," Vargo explained. "We are doing the best that we can to remain open by following the Pima County Health Department."

The U.S. Centers for Disease Control and Prevention also suggests "quarantine should be used for students, teachers, and staff who might have been exposed to COVID-19. Close contacts, identified through contact tracing, should quarantine unless they are fully vaccinated, or have tested positive in the last 3 months, and do not have any symptoms."

The Tucson Police Department confirmed the incident and the arrest of the father of the student. According to police, he was cited and released for trespassing at the school.

Since then, Vargo said police have cited the others for trespassing as well. "I am also looking to file a restraining order against all three men," Vargo said.

But this is not the first incident in schools involving protests of COVID-19 mandates and policies as the highly transmissible delta variant continues to drive up infections, filling some children’s hospitals and pediatric ICUs to the brink.

Last month, a school board meeting in Tennessee garnered national attention when board members voted in favor of a new mask mandate.

The meeting was marked by protests and chants from anti-mask activists, and outside the meeting, crowds of demonstrators rallied in opposition to the mandate.

Once the meeting ended, mask supporters were greeted outside the building by anti-maskers chanting "we’ll not comply" and "no more masks." One demonstrator shouted there was a "place in hell" for those in favor of masks.