Video captured a woman attacked by multiple men in a parking garage in Hollywood. The woman was out with her friends celebrating her birthday.

LOS ANGELES - The Los Angeles Police Department is searching for the suspects who violently beat a woman in Hollywood.

Officers responded to the 1700 block of N Las Palmas Ave. around 2:15 a.m. Saturday regarding an assault. Officers say the woman was arguing with two men when one of them punched and kicked her in the face. Before the assault, it appears the woman was also arguing with others.

Video shared with FOX 11 shows the woman lying on the ground with a small crowd gathered around her. It appears three to four other women try to help move her after she was kicked. Another group of people was recording the video. One of the people in the video can be heard saying, "it was her birthday too."

Police are looking for the suspects who attacked a woman in a Hollywood parking lot.

Stergious tells FOX 11 she was out celebrating her birthday. She said she and her friends were leaving a club when a group of men wouldn't let them leave. She said the men were harassing her friends, an argument started, and one of the men got out of a car and started calling them names.

Stergious said from there she took out her phone and started recording, but then before she could even turn around, she was hit.

"I don't know how long I was out for, I was down for a while," she said. "I get up and right before that, the guys had said they were going to run me over with their cars because my head was by their tire in the video, so that's why you see my friend grabbing me because she heard that, and she was trying to get me out of the way."

Stergios is recovering after the incident, and says her wounds will heal, but she still doesn't understand the reasoning behind the attack, adding that she "will not be going out in Hollywood or anywhere for a while."

On Monday, police released photos of the suspects wanted in connection to the weekend's horrific incident. 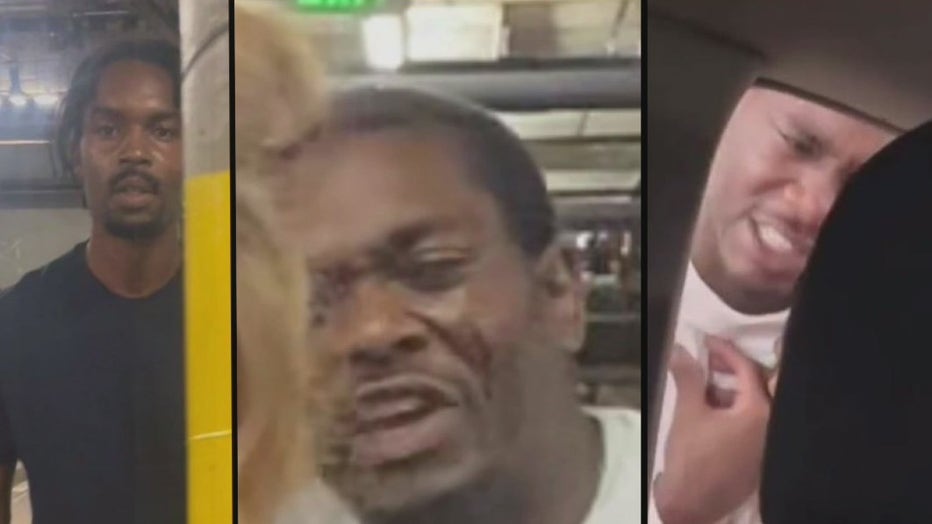 Images of the suspects wanted in connection to last weekend's horrific incident that left a woman brutally beaten.