Steel declared victory, acknowledging that "Our government is once again divided, but I stand ready to work with both parties to do what's best for the American people, including getting our economy moving again."

"In this election, you weren't simply voting for a person, but also for the idea that the American Dream is alive and well in Orange County. This vote showed that minorities who may look or speak differently than most not only have a place in this Republican Party but can be elected to the United States Congress," she added.

Steel vowed to "fight for lower taxes, help our small business and their workers, and defeat the coronavirus."

She said Rouda ran a "spirited campaign, and I thank him for his service."

With vote-counting continuing from the Nov. 3 election, Orange County Board of Supervisors Chairwoman Michelle Steel, a Republican, kept expanding her narrow lead, creating a gap that Rouda simply could not overcome.

"We did not win this election," Rouda, D-Newport Beach, said in a concession message. "And while it isn't the outcome we had hoped for, it's never been more important for our leaders to hear the voice of the people, and to accept their judgment. I do."

While conceding defeat, Rouda criticized what he described as an unfounded smear campaign by Steel, saying it has contributed to the divisive nature of American politics.

"There is a toxicity to American politics threatening the very democracy that sets us apart from the rest of the world. That has to change," Rouda said. "Politics that tears America apart and turns us against each other is unsustainable. We saw it firsthand in this election. My opponent made allegations about me that were complete fabrications -- some totally made up, others wild distortions, and still others torn from the darkest corners of the Internet. Either we change the way we do politics, or it will forever change us and this country we call home."

"We are not Republicans. We are not Democrats. We are not enemies. We are Americans. All of us. Even when we disagree. And we ought to have a political system that is built on facts, rewards honesty, and strengthens the bonds that tie us to each other, rather than ripping them to shreds." 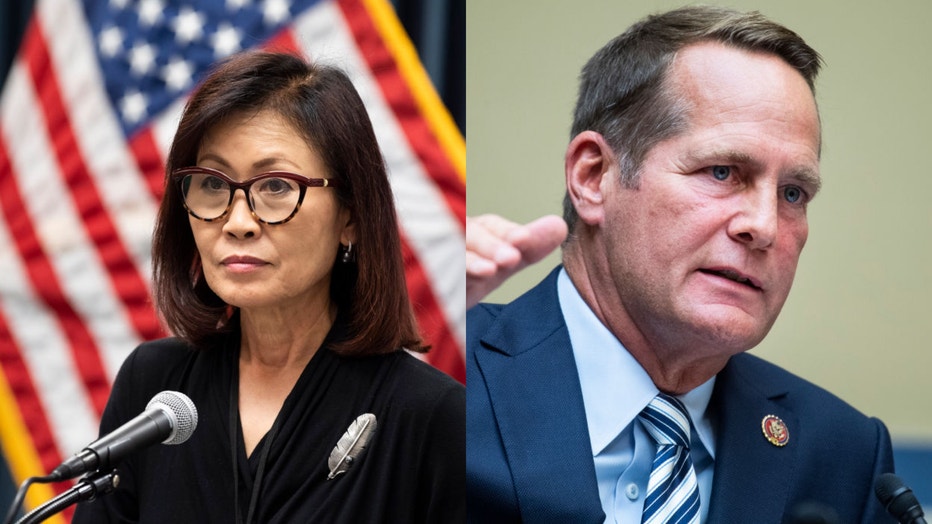 "California's 48th District finally has a congresswoman who puts her constituents first," Emmer said. "I look forward to her tireless work on behalf of Orange County."

There are about 28,000 ballots left to count in Orange County, but it is not known how many are from the 39th and 48th Congressional Districts, Orange County Registrar of Voters Neal Kelley said.

Mail-in ballots postmarked by Election Day can be received as late as Nov. 20 and still be counted under state law.

Both Steel and Kim were seeking to be the first Korean-American women in Congress.

Kim was leading in the vote count in 2018 and traveled to Washington, D.C., for orientation for newly elected House members, only to be overtaken by Cisneros in late-arriving ballots in 2018.