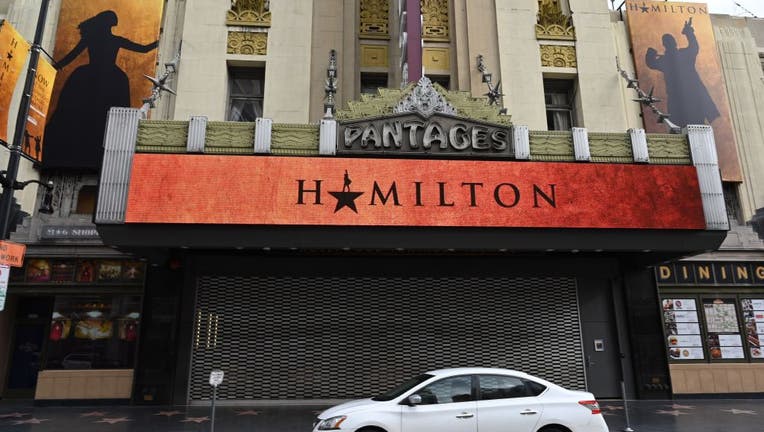 The marquee of the shuttered Pantages Theater announces the musical "Hamilton", March 15, 2020 in Hollywood, California. - Hollywood could face a USD 20 billion dollar impact as a result of the novel coronavirus COVID-19, according to The Hollywood R

LOS ANGELES - After cancellations prompted by COVID-19 infections within the production, the hit musical "Hamilton" will resume performances Feb. 9 at the Hollywood Pantages Theatre, but the show's troubled run will end March 20.

"For all of us, the road to getting performances of `Hamilton' up and running for our audiences was a true demonstration of that timeless adage: The Show Must Go On," Broadway in Hollywood General Manager Jeff Loeb said in a statement. "The combination of hard work, a commitment to health and safety, clear communication, and positive thinking were the key elements that helped all of us execute a successful reopening of our theater, and this glorious production.

"We commend our community of theatergoers, actors, stagehands, and ushers who helped us raise that curtain -- and who will help keep that curtain up in Los Angeles as new Broadway entertainment continues to grace our stage."

Performances of "Hamilton" were halted in late December due to COVID cases that occurred "backstage," according to Broadway in Hollywood, owner of the theater.

The production's run at the Pantages was bedeviled by COVID from the start. Performances of the show were set to begin in March 2020, just as the pandemic was beginning. As a result, the show was put on hold until August 2021.

The theater required all audience members to wear masks throughout the show, and to show proof of vaccination against COVID-19. Performances continued until the final week of December, when cases within the crew prompted the most recent delay.

Tickets for remaining shows can be purchased at broadwayinhollywood.com/hamiltonla.